I don't really like adjudicating music festivals, but when you get asked to do a small festival in the town where your brother lives you agree to do it. When that town is also near a pretty good trout stream that just happens to be in the best shape that it will probably be in all year, it makes it worth it. So, on Wednesday night I loaded all my fishing gear into the truck so that I could teach a couple of classes in the morning, go judge the jazz festival, and then get some much-needed time on the stream with my brother Jeff.

It felt good to hear some bands and talk to other music directors, but when the festival was over I was more than ready to hit the stream. I met Jeff at his house and we headed to a stream where I've had quite a bit of success in the past. At the first stop, we pulled our waders on and rigged up our flyrods. The recent success of the Purple Frenchie made it a first choice, and it went on the line with a San Juan worm as a blind guess that the fish might be willing to eat these. Jeff let me have first shot at the pool and I started working line off my reel. I flipped my leader out to keep the flies from getting stuck around my feet and a small rainbow ate the purple Frenchie. A good sign! 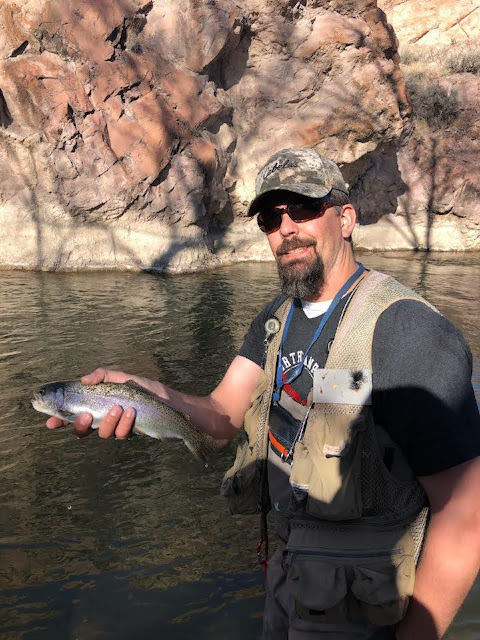 I set Jeff up with a purple Frenchie and he started working the pool. It took a minute for him to settle in and get a good hook set, but the strikes were coming pretty regularly. We traded off fish in that pool until we either hooked or spooked all the willing fish. 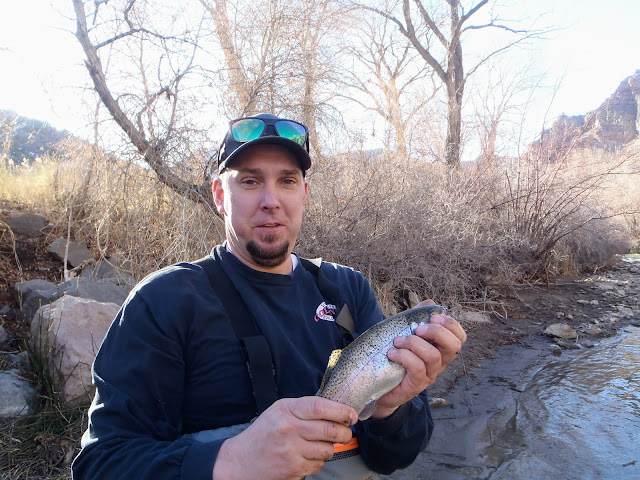 We decided to move to another area to see if we could find a little better size of fish and to explore a little more of Jeff's home water. He hasn't done too much fly fishing, but every time we go out he's getting better at dealing with different situations. This time, it seemed like it all came together and he didn't have any trouble casting a heavy nymph rig with multiple flies, an indicator, and weight. So I wasn't surprised when he was hooked up again. 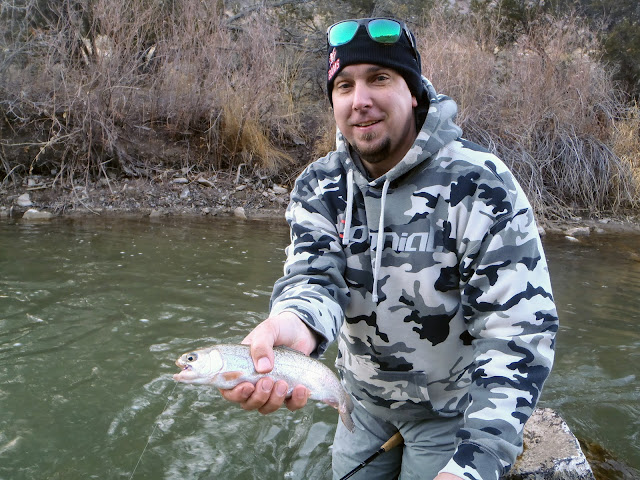 The action wasn't quite as fast in the new spot, but the fish were a little better sized. Jeff hooked into a nice rainbow but his net man (me) was on the other side of the stream and he couldn't quite hand-land the fish. I managed a decent little brown while I was over there and had to do the old one-handed picture. 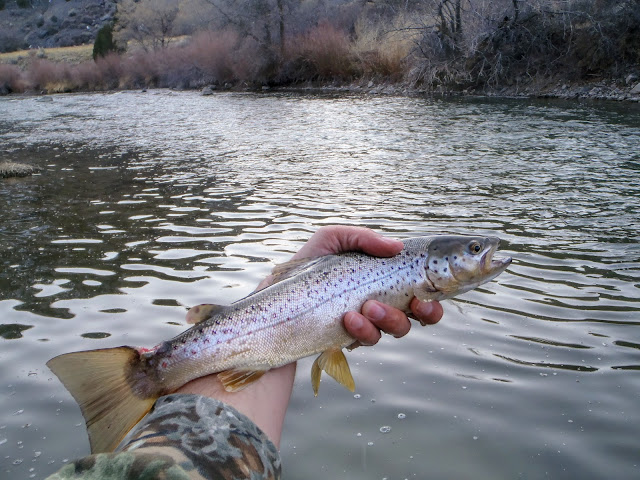 I've always felt like this stream should hold some bigger fish, but all we caught were these little to medium-sized trout. Not complaining, but I think this water is holding a few secrets that we're going to have to work to figure out. 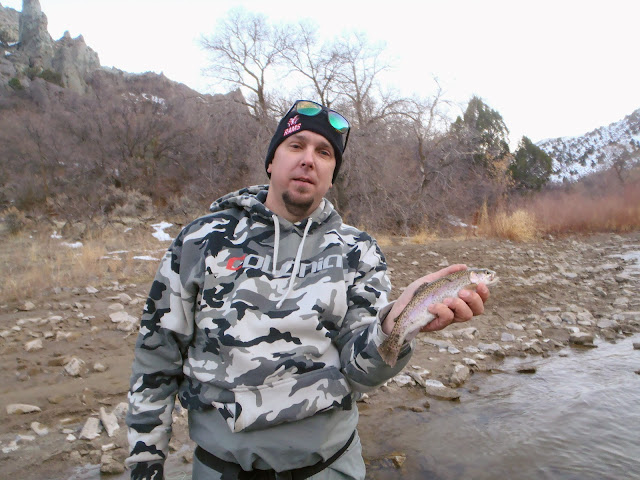 Lately, I've had a few people ask me how I manage to fish so much. I usually reply that I don't fish nearly enough, but I just get as much time on the water as I can get away with.

Posted by Kidder Outdoors at 9:15 AM