Out with the Boys

Nothing like following up long distance fishing trips with one a little closer to home.  So on friday Atley, me and my brother met up early to hit one of my favorite streams here in Central Utah.  After gearing up at the trailhead, and spotting several deer, we headed on down the trail where we stopped to look at a herd of elk that were a few hundred yards away.  Amazingly, one bull elk could be heard bugling.  A lot of people don't know that Elk can bugle at anytime of year, and even though it isn't as powerful as during the rut, it's still a really cool to hear one when you're out and about.  After putting in a couple miles (about) we were anxious to get our flies in the water and were greeted quickly by some trout.
It's good to be home, and good to share the water with family.  This day everything seemed to be just right and Weston was catching fish left and right, which was awesome to see.  I was enjoying the day trying to show Atley some things about a slightly larger stream (so far he's only been on smaller water) and playing guide as much as him and Weston would let me.  Atley hooked and landed 2 Cutts completely on his own which was pretty exciting.  Unfortunately, when we tried to get a pic he dropped the fish at the most inopportune time (the above photo was the result).

The fishing was pretty consistent, and we even encountered a nice Yellow Sally hatch, until the wind became too much of a nuisance and we called it a day.  Lots of fun with some great company.  Hopefully you can get out and enjoy the water.

Posted by Tim Kidder at 8:32 PM No comments: 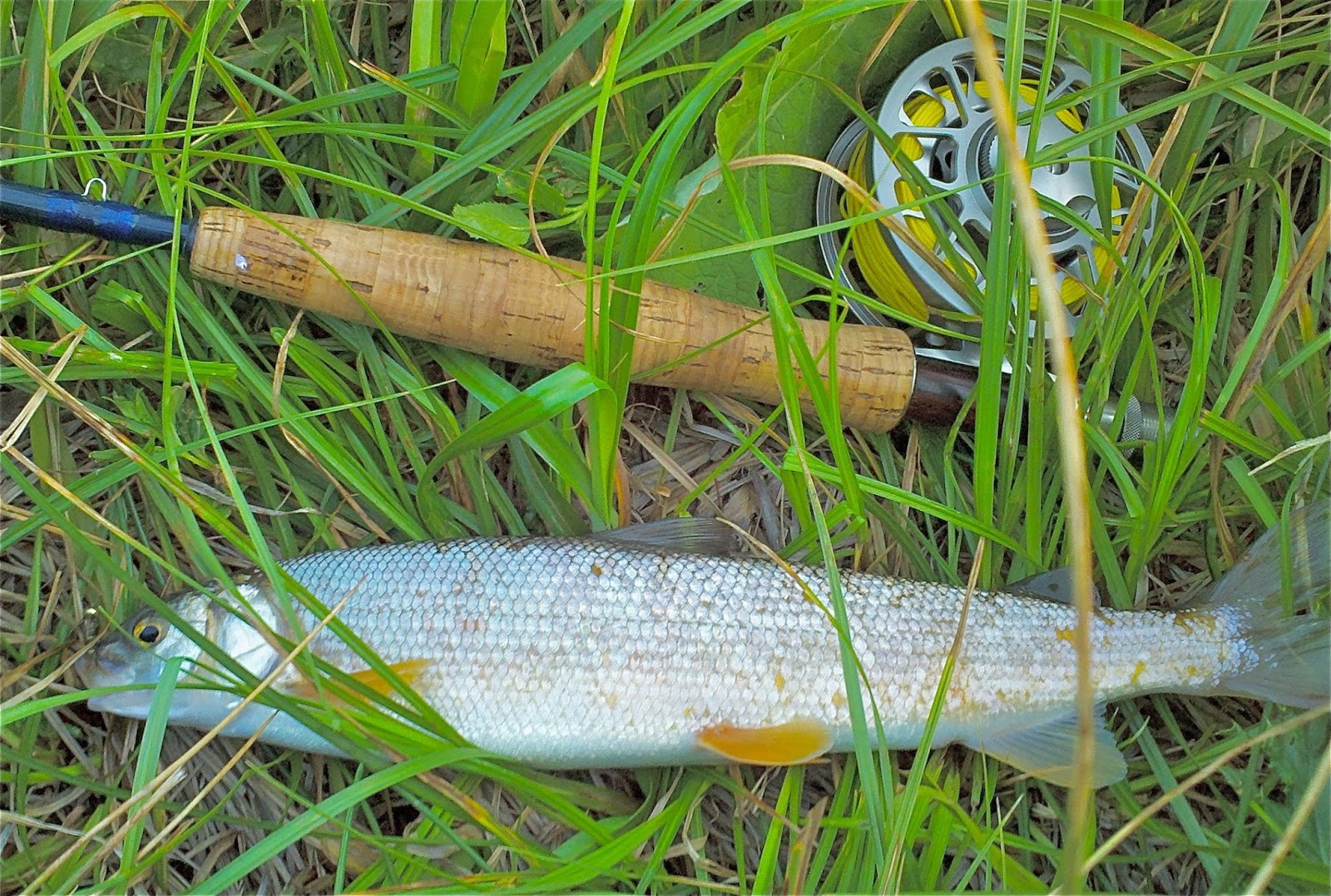 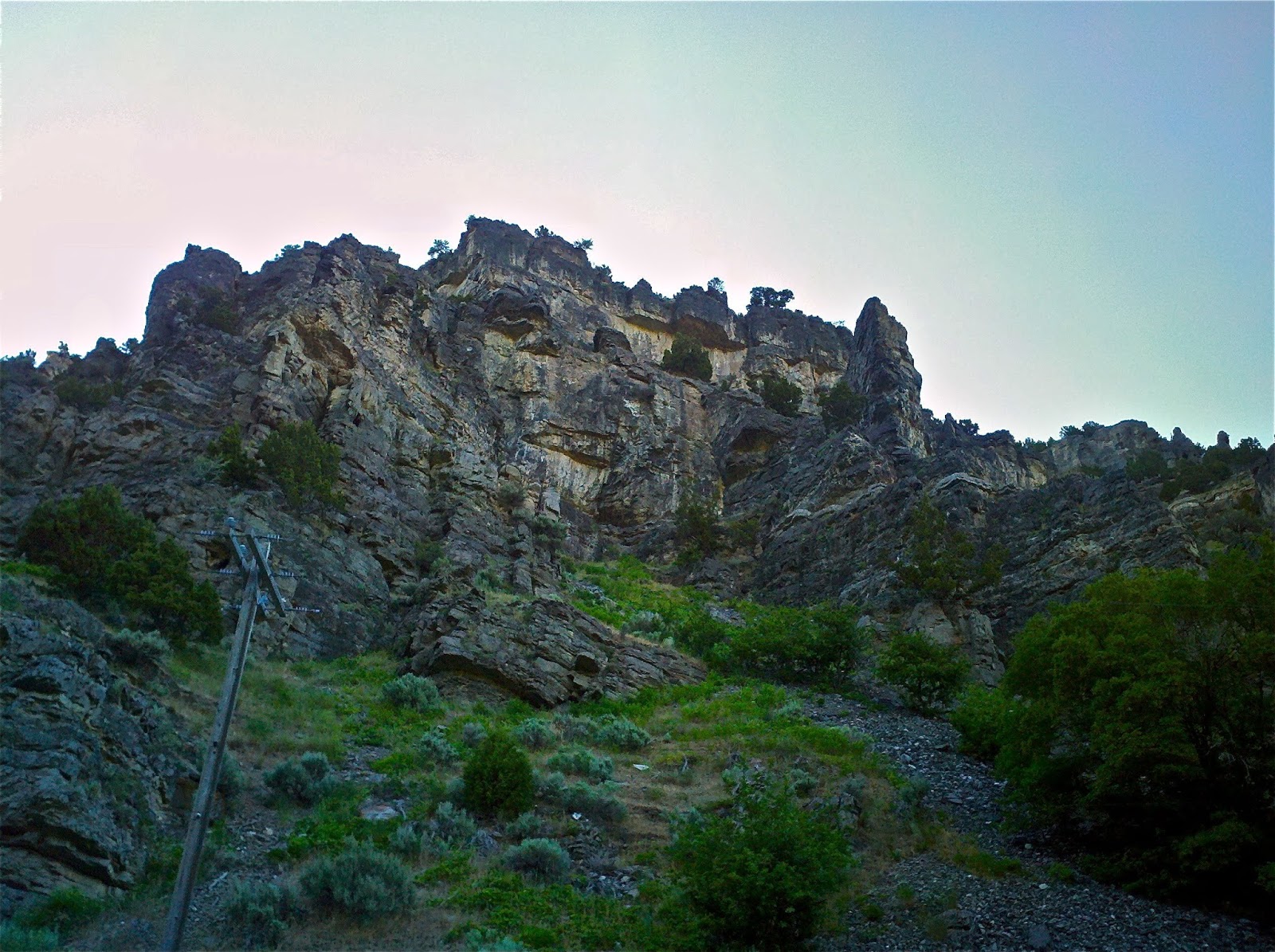 Posted by Tim Kidder at 7:08 PM No comments:

I knew I was in good company when I stopped to pick up Lane from his house and was invited in for a second.  On the wall were fly rods and fishing related quotes like "If you're too busy to fish, you're too busy" and things like that.  The rods included his grandfather's cherrywood rod which I thought was pretty cool.  On the road to meet up with the organizer of this little trip, we talked about where and how we liked to fish, noting the many similarities.
Arriving about ten minutes early I was shocked to be almost followed into the parking lot by Jim, the final member of our group.  I guess we were all a little anxious to get going.  We loaded up into his motorhome and began on the long road to the Green River in northeastern Utah.  I'm not sure that I would've been able to go by so much good water on a beautiful day without stopping if I weren't riding with someone else.  First we passed the Lower Provo, Deer Creek Reservoir, Middle Provo, Daniels Creek, Strawberry Reservoir and we were barely getting started on the drive!  As we drove we talked about the forecasted conditions on the river, it wasn't supposed to be pretty.  High flows that would be changing daily while we were there was the order for the trip, not a good prospect, but it did allow for a lot of 'what if' type scenarios to be talked through on the ride.
Upon arriving, Jim dropped us off at Flaming Gorge Resort (fly shop) to get the skinny on the fishing while he got us a camping spot.  This was the first days of increased flows, so it was no surprise that no one seemed to know what was up until the guides came back from their runs later that day.  We decided to go find out for ourselves and headed down to little hole.  The flows were high...really high.  High enough that spots to fish were tough to find, and even those posed some casting difficulties.  I hiked down from the third boat ramp and found a couple of small Browns to quickly get the skunk off. 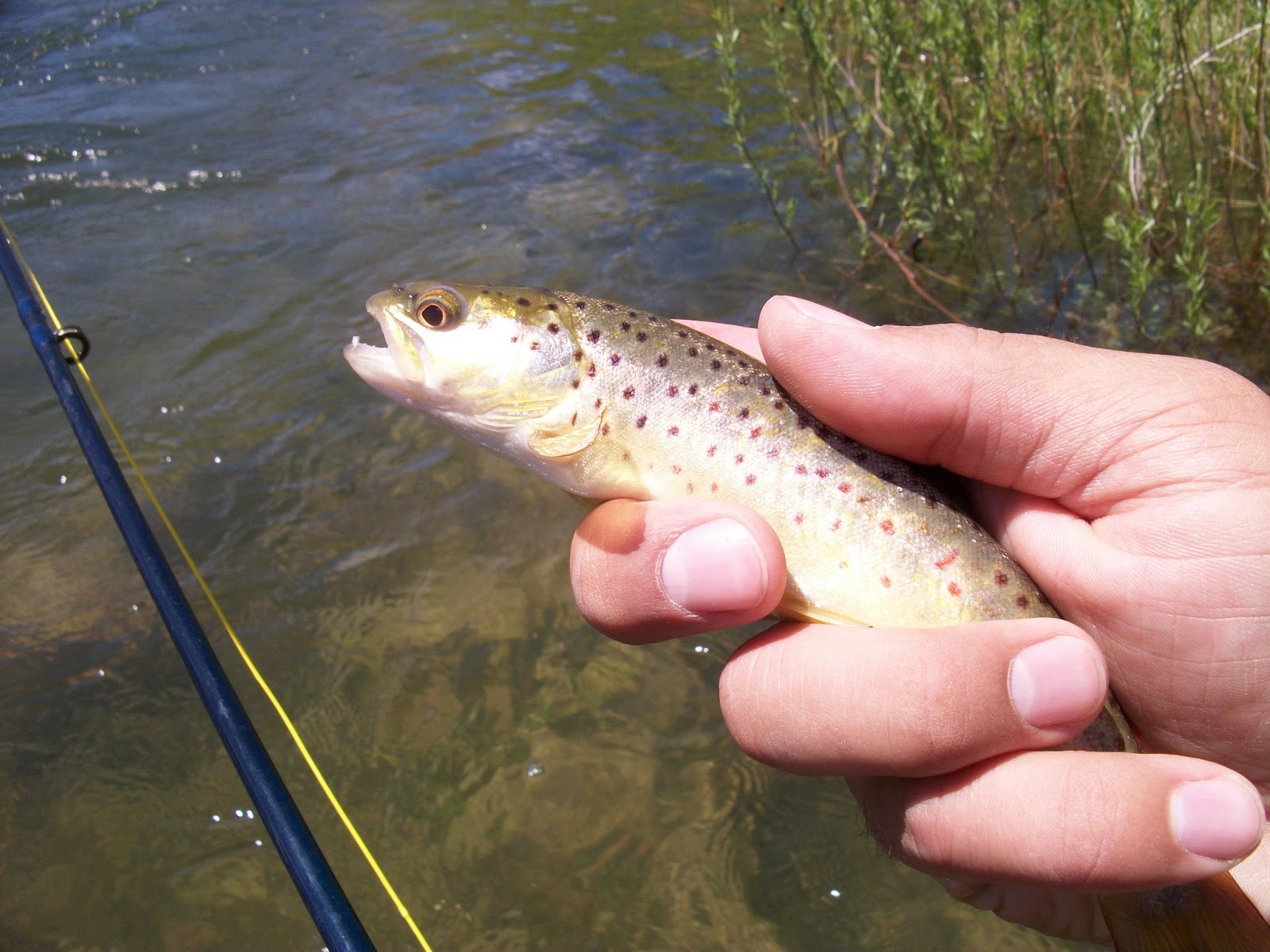 I worked my way back up to find out how the others were making out.  Lane hadn't had any action yet,  and Jim hadn't strung up a rod.  I reported back on my little guys and kept working my nymph rig.  I found a couple of willing Rainbows just above the third ramp. 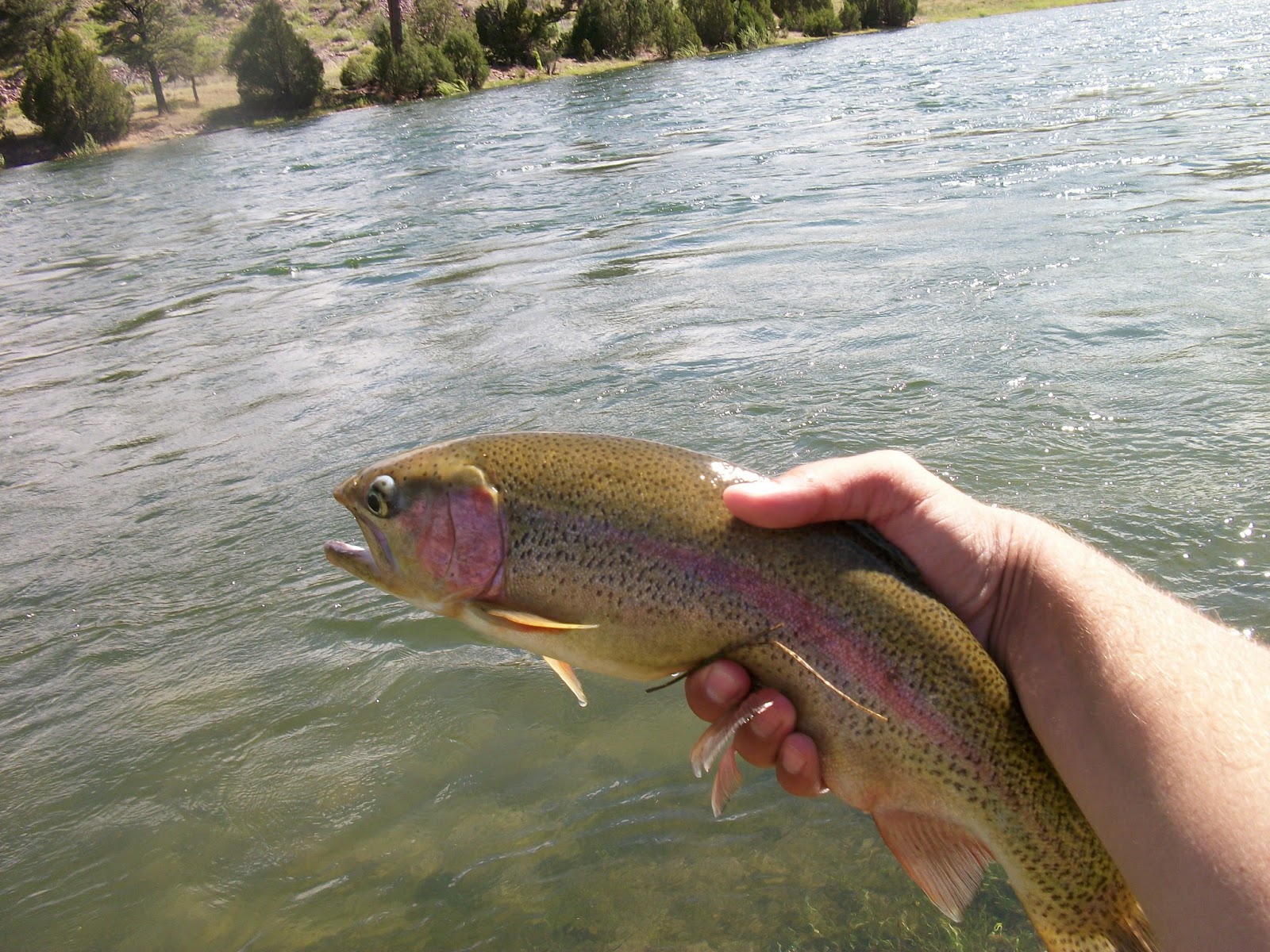 Lane moved up and hooked into a couple of nice ones right on the second ramp.  After a nice dinner (Like almost too nice for a fishing trip.  One of many that Jim pampered us with on this trip.) I decided to work my way upstream from the first boat ramp and was rewarded with a nice Brown and Rainbow.  Also I was able to get a good look at a beaver doing his thing.  Unfortunately, these were the last pictures I was able to take due to my camera having "lens error" problems.  Yeah, I'm gonna need a new camera. 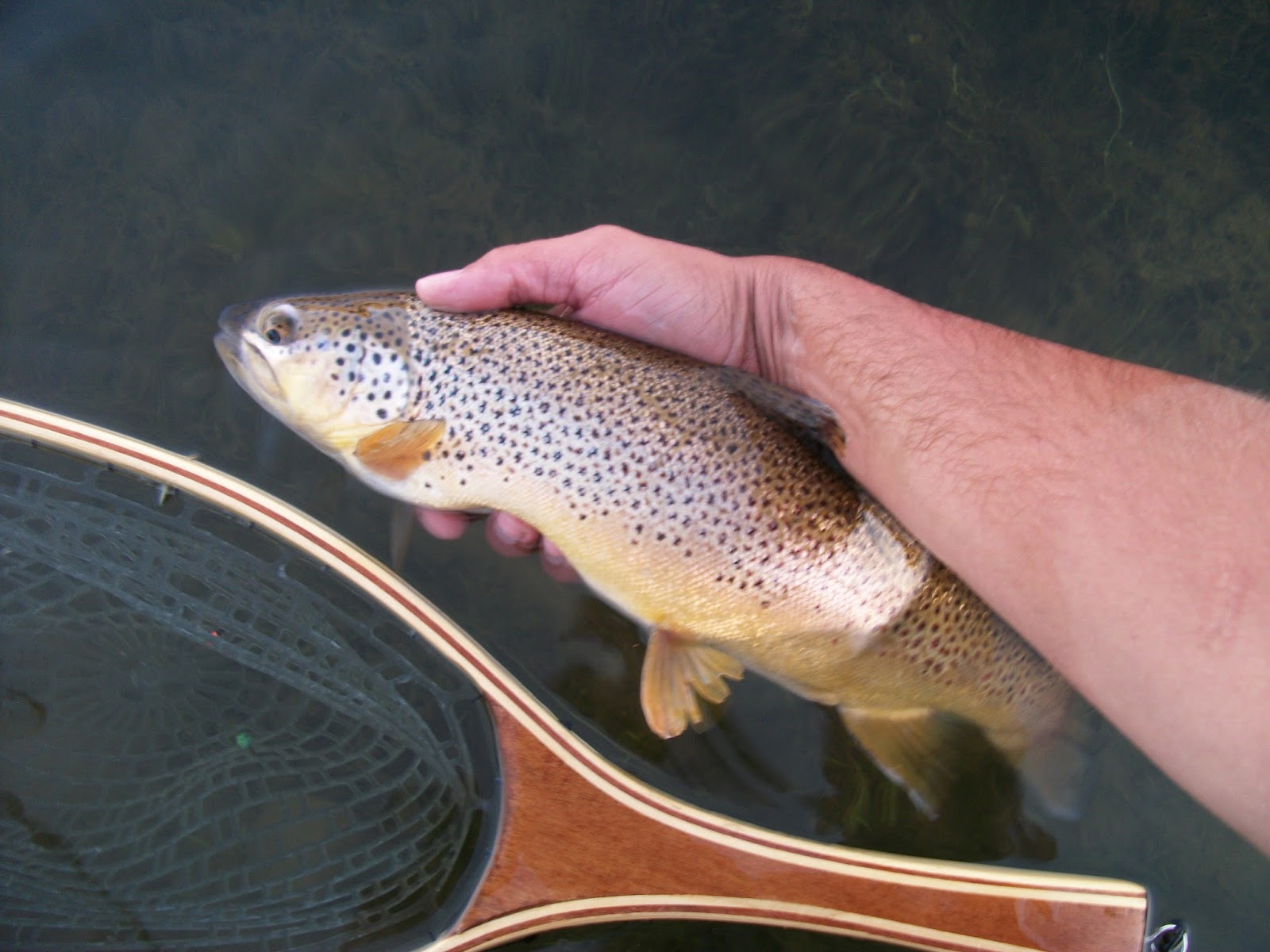 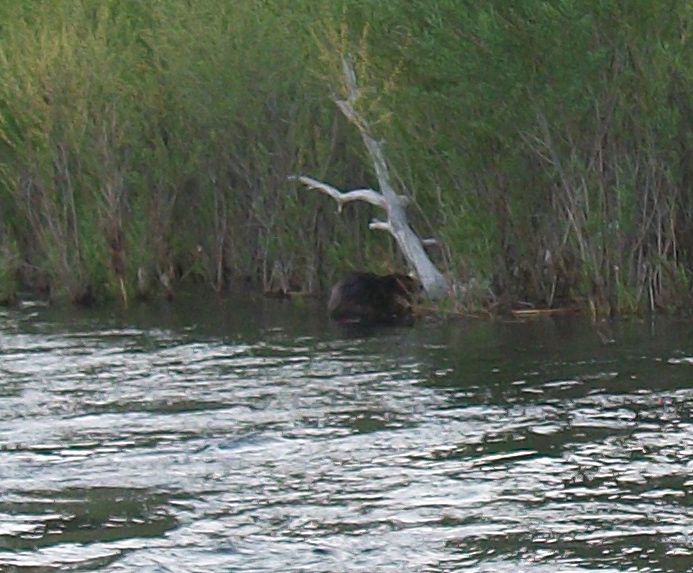 You never know by talking to someone how they really fish.  Everyone talks about really enjoying it with or without the fish, but you never can be too sure till you fish with them.  Hard days and conditions show you a lot more than a day of easy fishing too.  That's why it was so impressive when I met back up with Lane down by ramp three after a somewhat disappointing afternoon and evening.  He had his full sink line out and was ready to throw some streamers.  From dark till about midnight we picked up some nice Rainbows that were slamming our Woolley Buggers. 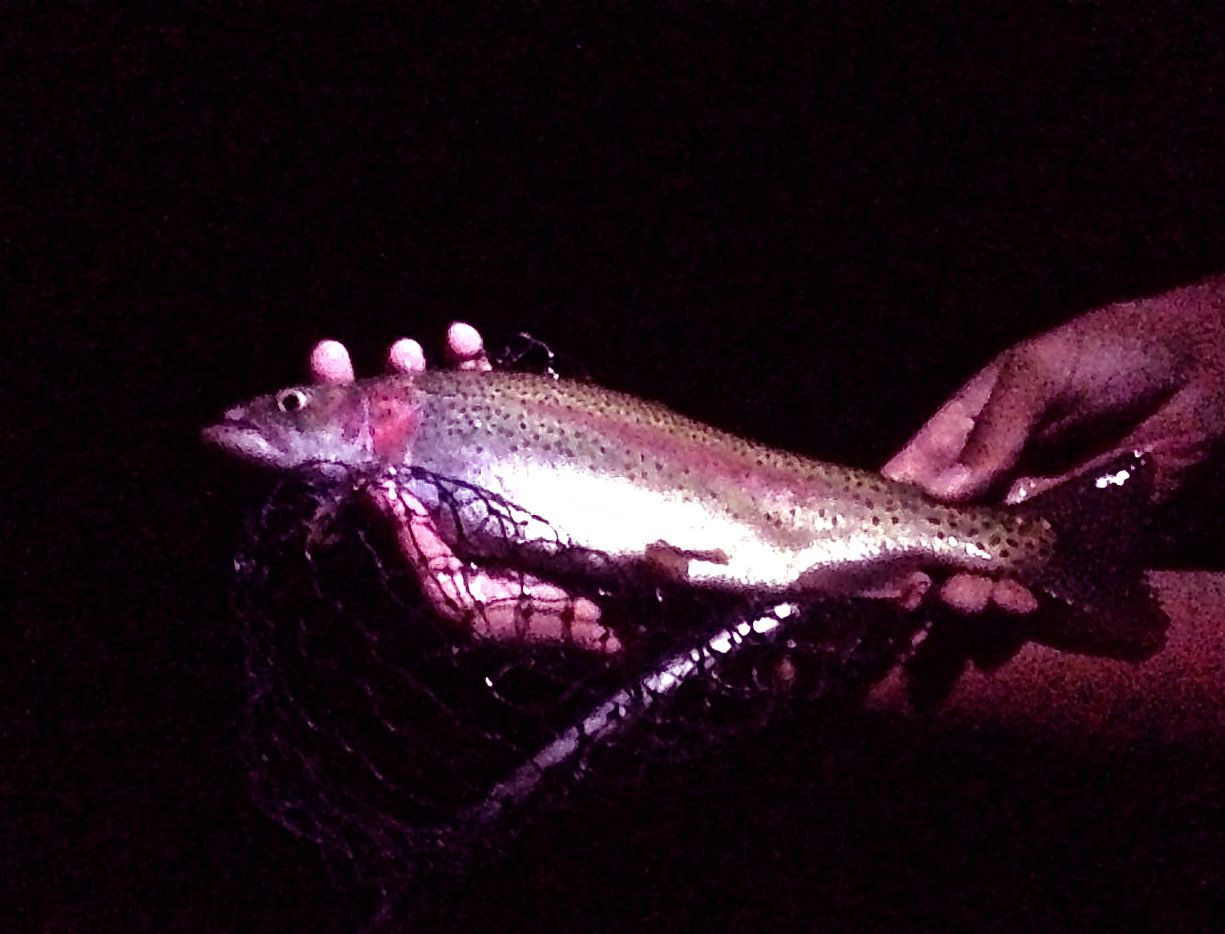 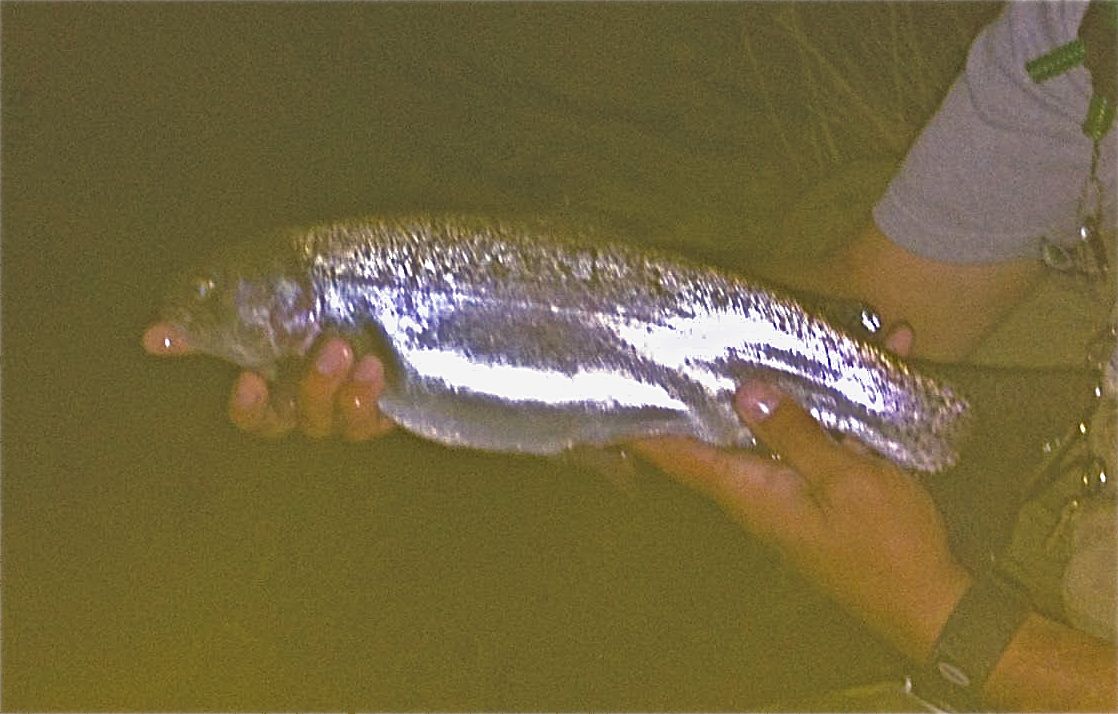 The next morning we were up by five ready to hit the water, this time right below the dam.  Lane picked up right where he left off, throwing a Bugger and picking up nice fish.  I fished some dries with a dropper and managed to catch one on top, and miss a couple of others.  Once the light hit the water, it was all about nymphing as deep as possible.  The patterns didn't seem to matter half as much as the depth, though I had most of my fish on a scud.  Lane's switch rod was extremely useful for his casting, because due to the high water there wasn't much room in the canyon.  I got by roll casting a lot, but it seemed like he could get his cast wherever he needed it.  Guess I need another rod... 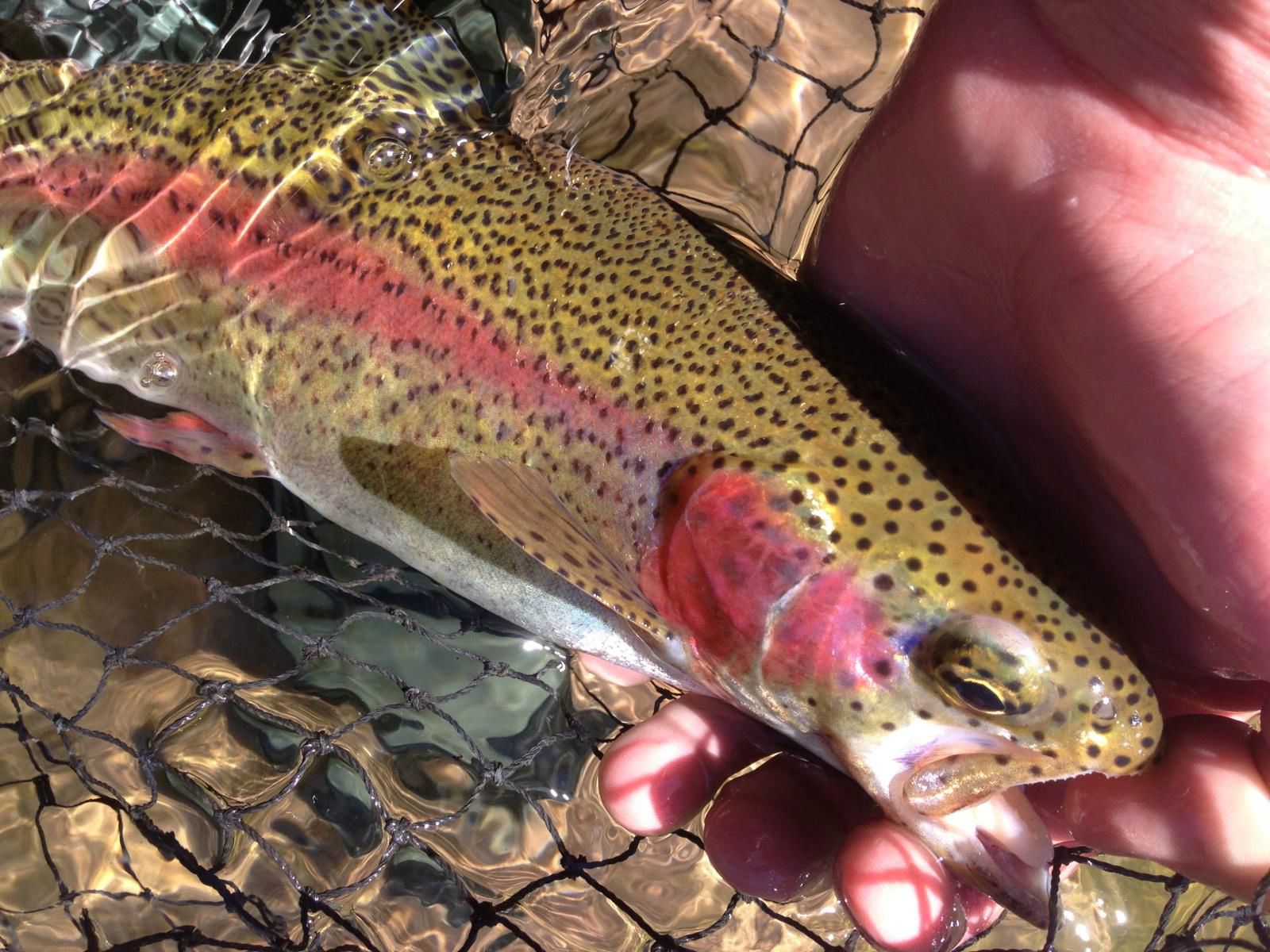 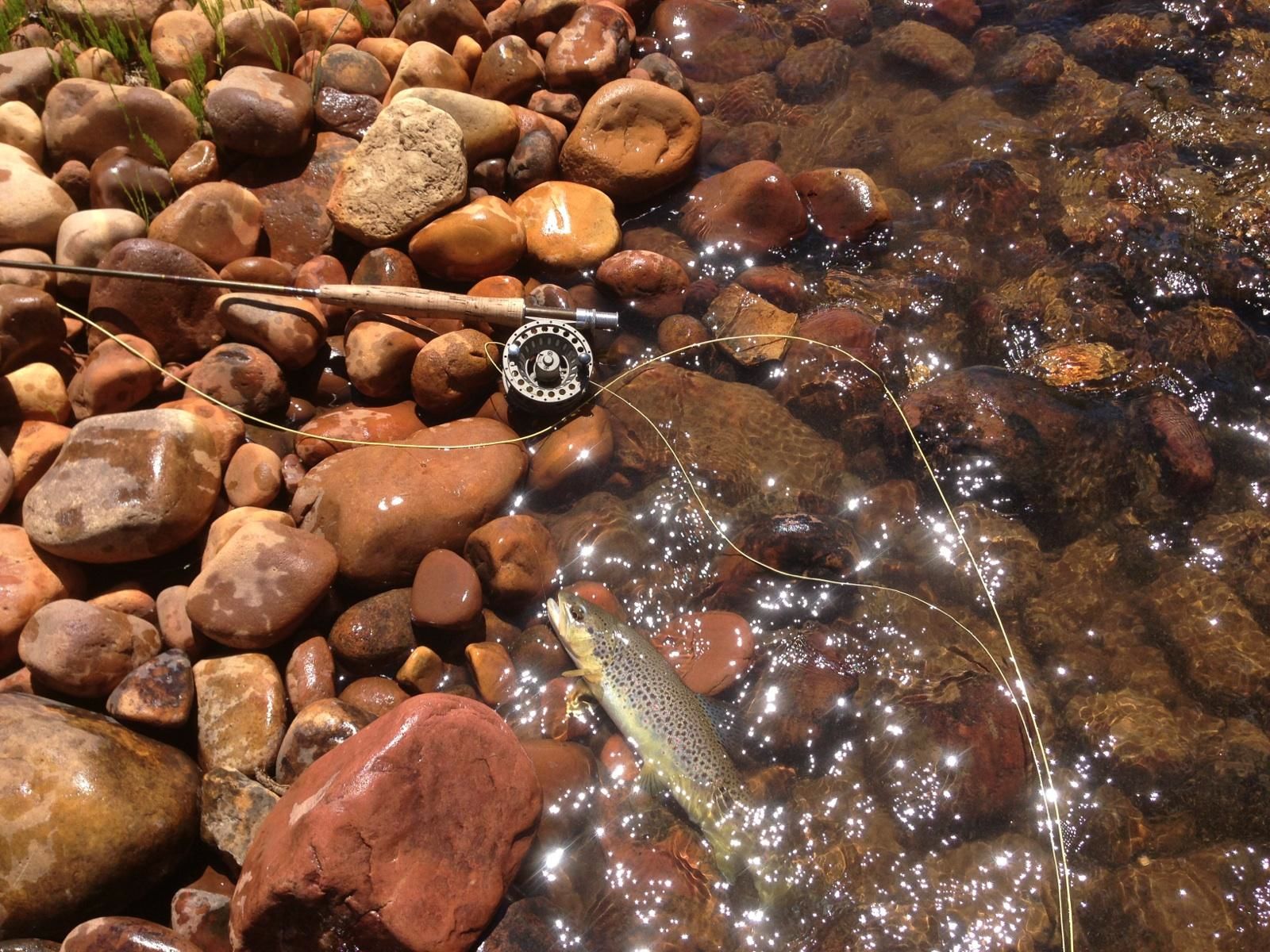 The afternoon proved to be the slowest fishing of the trip, where we struggled just to get a single fish.  Though the lack of sleep may have been catching up to us at this point.  After dinner we decided to hit Little Hole again for the evening streamer fishing, and I think we made the right decision.  Again, it was on until about midnight when the bite shut down.

Our last morning found us a little burned out, and we decided to start making our way back home, and hitting a couple of small streams along the way.  Rock Creek allowed us all to catch some of it's residents, but was nowhere near fast fishing.  Lane and Jim both hooked into nice (for that stream) browns, and I got a really solid Mountain Whitefish.  Also met up with a cow moose in the brush.  Really cool to see, but a little nerve racking at the same time!  The Duchesne (pronounced "doo-shane" by everyone except Lane who pronounced it "Do-ches-nay")River gave us the blank.  At this point we decided that was the fitting end to a good trip.  Tough fishing, but still managed to make it a memorable trip by keeping after it with a couple of great guys.