Quick trip with the boy

Atley got his first pair of waders for his birthday this year.  So, with the Presidents Day holiday today I woke up to a nice change: Atley waking me up to take him fishing!  So we headed down to thistle creek to make sure his feet didn't get wet. 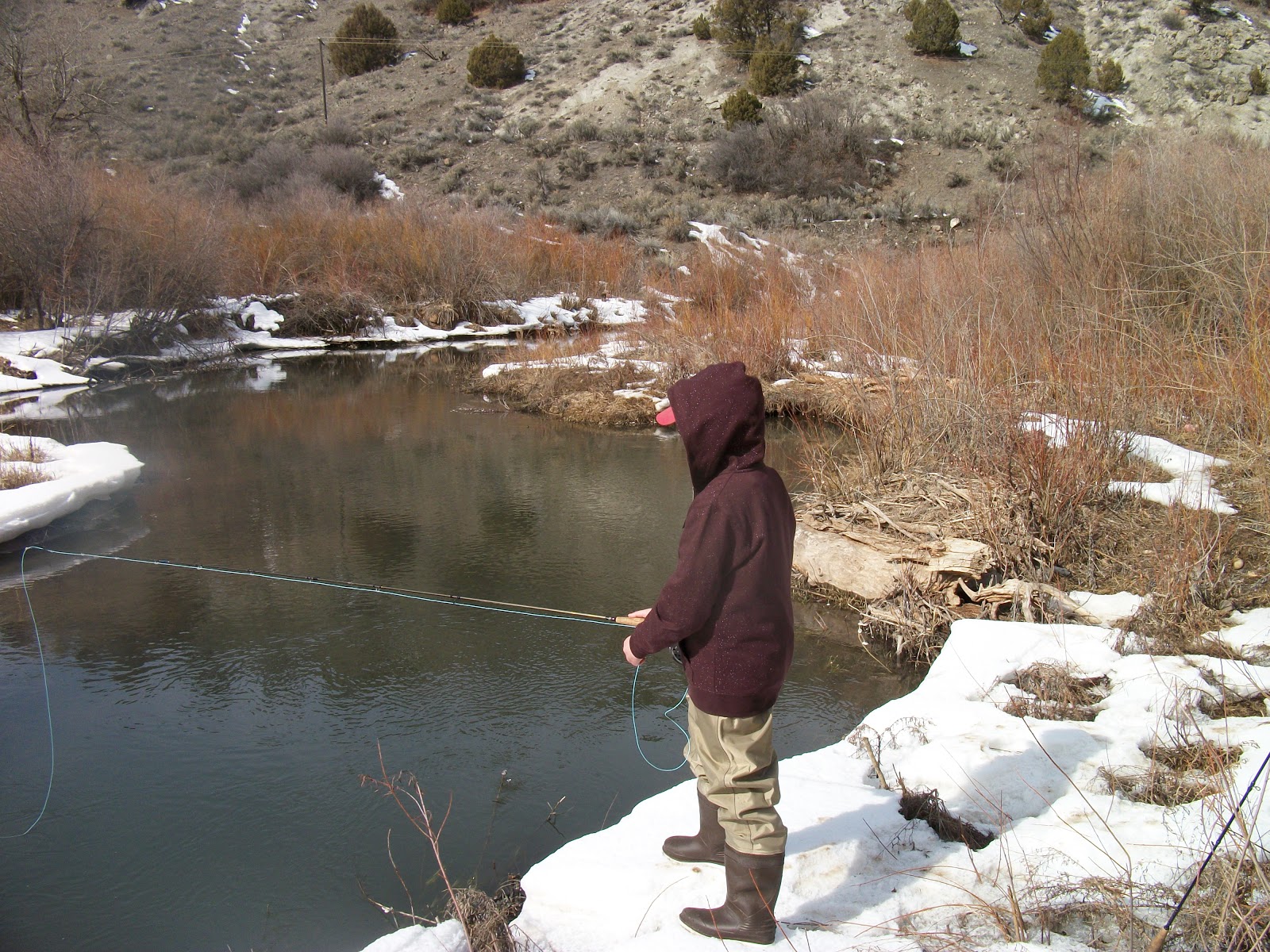 From what I've seen from the road on my passes through the area, the stream isn't what I remembered fishing.  Seems like a very large family of beavers had moved in and blocked up some pretty significant  portions of the stream.  Not being deterred by the stream just being a little different, we suited up quickly and set to fishing.  Even though a sparse midge hatch was sputtering, there was no surface action so I checked under some rocks and found some very active mayfly nymphs.  On went the pheasant tail and we found some quick action.  Unfortunately, with all the dams in the area we spent a lot of time trying to find a decent path around, and with the cold wind that started up, we didn't get to spend too much time fishing.
On the way back home, Atley asked if we could hit the stream where he first caught a fish on a flyrod.  Even though this stream was hit hard by a wildfire last summer, and suffered some significant fish kills, Atley asking to keep fishing was just too rare to pass on.  The conditions at this stream were very similar to what we had found earlier in the day: a sputtering midge hatch, semi cloudy water, and mayfly nymphs on the backside of rocks.  Outside of the quicker riffle areas, there was about 3-4" of silt in the bottom of this stream.  Hopefully the spring run-off will help to clear the stream out a bit, but I don't know if it'll be worth fishing anytime soon. 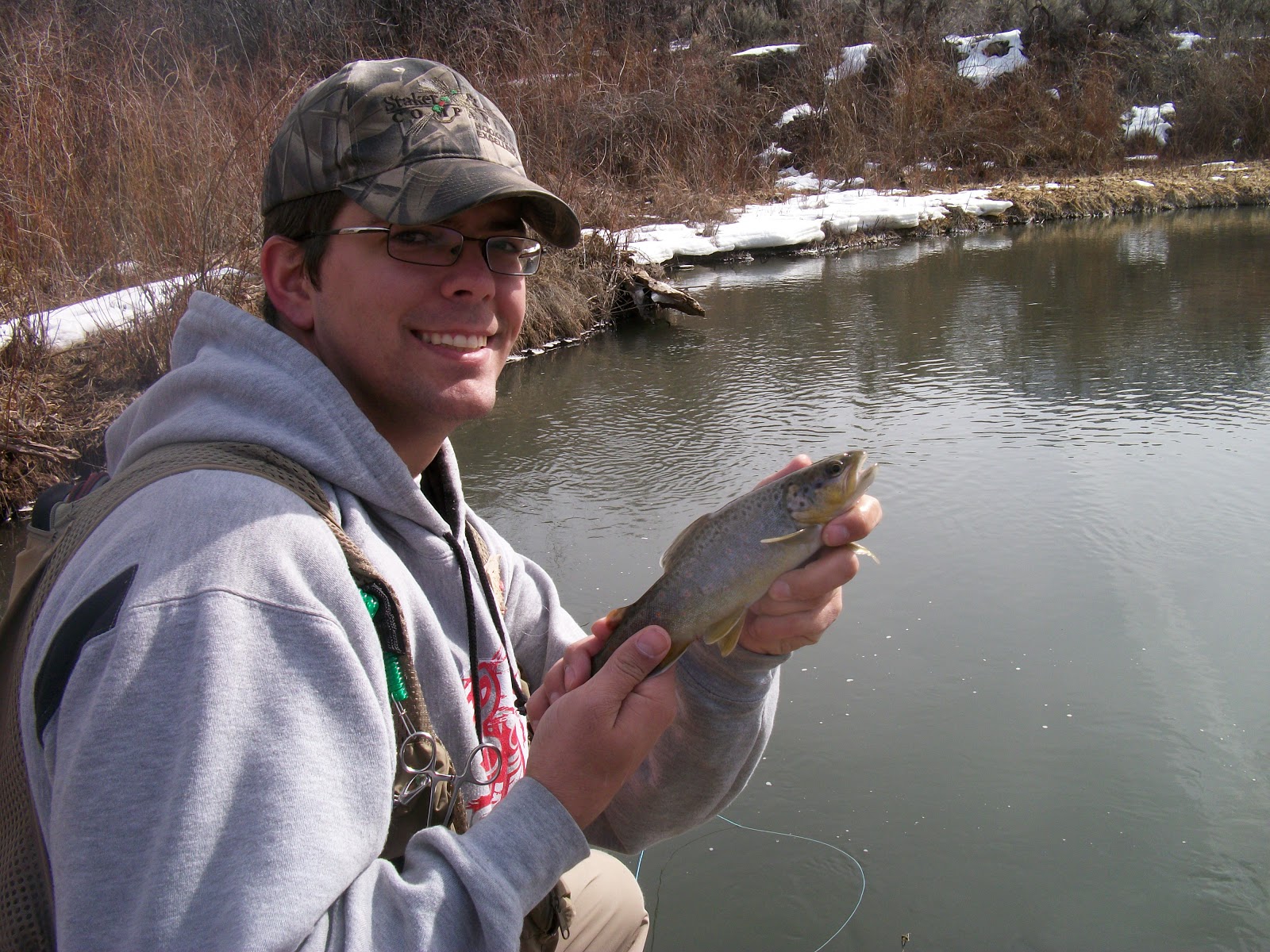 As a side note, I've reached a thousand views!  So either a few people have looked at my blog, or one creeper has looked at it a thousand times...
Posted by Tim Kidder at 8:53 PM No comments: