Jeff called and wanted to get out and do some fishing and I was more than ready even if it was a weekend. There were people everywhere, but we decided to try and go where we wanted and if it was too busy we had backup plans to float a nearby lake. Luckily, there was only one vehicle at the trailhead, so we loaded up and put some trail behind us before starting to fish. Right away Jeff was into his first fish of the trip on a yellow Chernobyl Ant and he followed that up with two more quick ones! 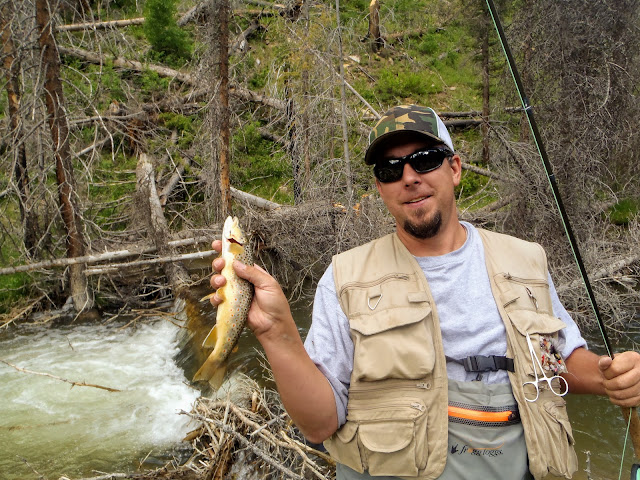 It took me a minute, but I found my first fish on a tan Puterbaugh Caddis. We were catching most of our fish on top and they were a good mix of browns and cutts. 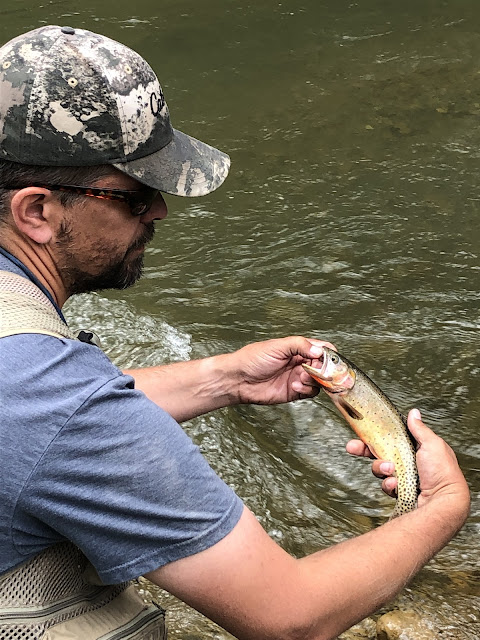 Between the stoneflies we were seeing on the bank, the mayfly spinners over the water and the cicadas in the trees picking a fly pattern to go with was a little tough. Jeff switched to a Chubby Ant in cicada colors and fish started smashing it, I soon followed suit and we had consistent action on the dry fly for the rest of the day! 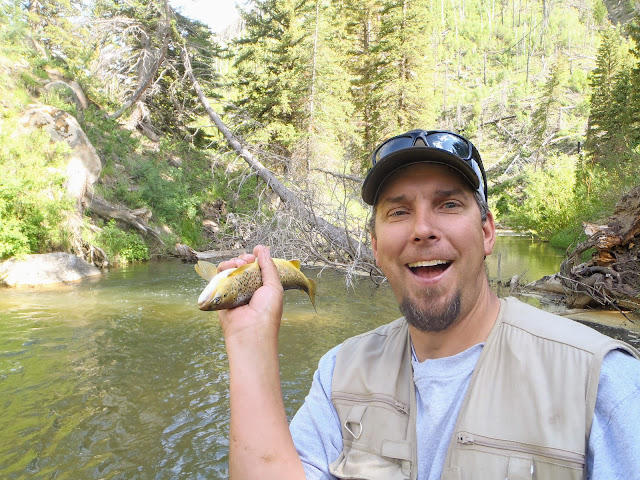 We were working our way upstream, trading off fish when I hooked into one that was significantly bigger than what we'd been seeing. The fish ran all the way into the rapids above the pool where we started the fight, then rocketed his way to the riffle below keeping me off balance until Jeff was able to get below him with the net. Not exactly the way you're supposed to fight a big fish, but it worked. This is by far the biggest fish I've seen from this stream and one I'll be remembering for quite some time. 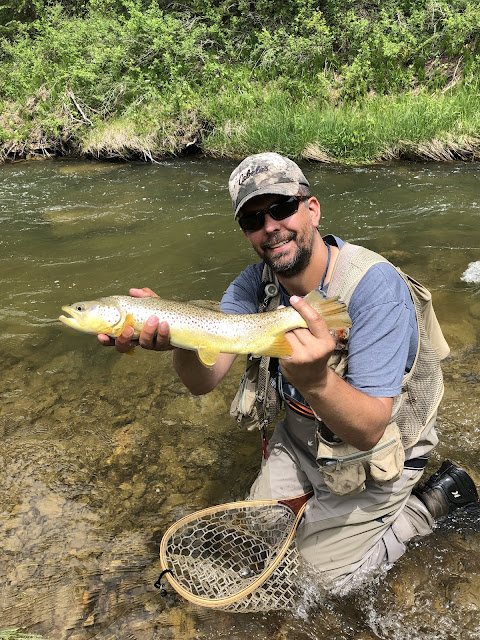 As we continued to fish our way upstream we had to figure out how to go over, around, or through the many log jams but the great fishing kept us moving forward to see what was around the next bend. We ended up going a lot further upstream than I've ever been from this access point and it only made me want to see more. Every likely spot held a fish that would either smash the Chubby Ant or take our dropper. We didn't have consistent success with any dropper until I put on my old reliable Mod. Hare's Ear and then it seemed like we were catching fish on almost every cast. 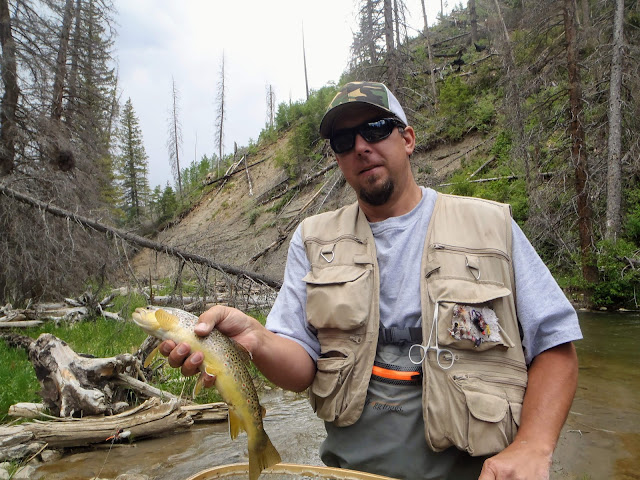 Even though the fishing didn't slow down, we definitely were feeling all the effort that we'd exerted. With a long hike back to the truck, we decided to call it after one particularly good hole that yielded several fish for both Jeff and me. We were so satisfied that we didn't even stop to fish any spots on the way back. Anytime that I can get out and fish is a good day, but this was more than that. We caught lots of fish, some really nice ones, a bunch of them on dry flies and all without seeing another person. It was truly an epic day. 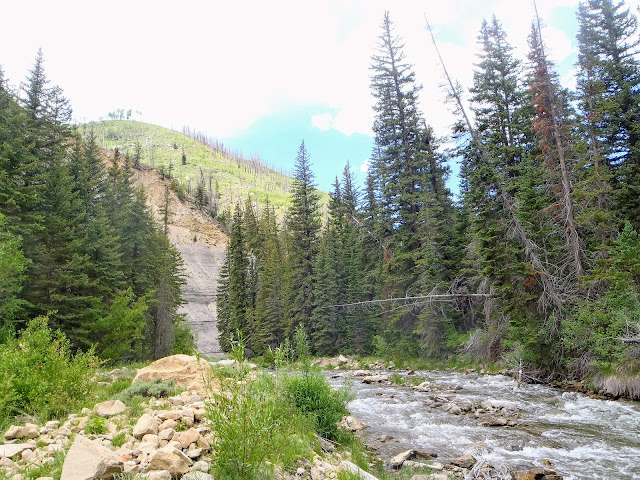