The Way it Goes

The plan was that the four of us would go fishing the day after Thanksgiving, but soon after my family finished our dinner I heard the news that Jeff and Weston had decided to go duck hunting instead. So, Dad and I did the only sensible thing, we went without them.

The day started out cold, but Dad found fish right away on his Thin Mint Bugger. I found a couple of smaller fish on a Wired Worm, but the hot hand was definitely Dad's as he pulled in several fish. 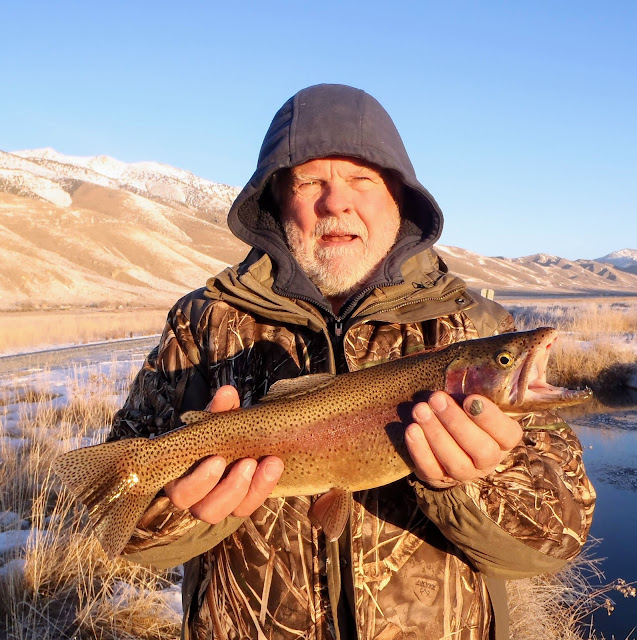 When we moved to a new area I quickly hooked into a good fish that broke me off after a short fight taking both of my flies. Dad took over fishing his bugger while I started to re-rig but I had to stop when Dad hooked into a good fish so I could play net man. Dad made quick work of the fish and soon it was in the bottom of the net where I spotted a fly stuck into the corner of the mouth of the fish that looked familiar. I retrieved my fly and then tried to figure out where Dad's fly was hooked to, but his Bugger was only connected to my second fly, the Purple Frenchie.

The next spot is one that is tough to fish, but the effort is usually worth it if you can make a good drift. I noticed some midges coming off the water so I paired a black and copper Zebra Midge with the Wired Worm and started getting some action on long casts and even longer drifts. 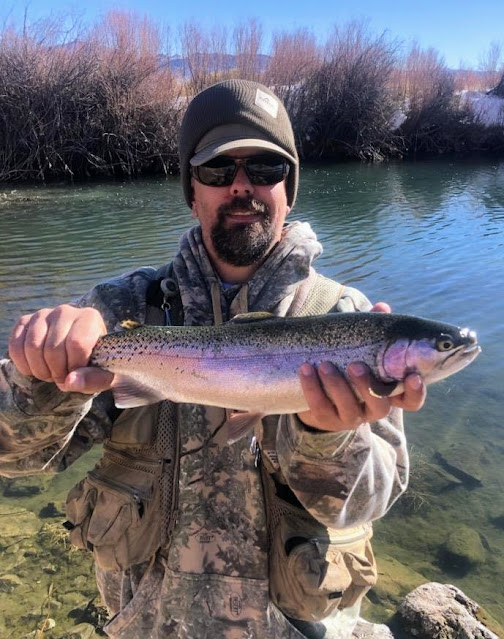 Dad went back to the truck to get something to eat and I fished another spot, where I continued to find some willing fish on the Zebra Midge. Then I hooked into a great fish that ran me around the pool for several minutes before coming to the net. I tried different angles and holds but just couldn't get a decent picture of a really nice fish. Rather than put the fish at risk by trying longer I decided to just let the fish go and trust that no one would believe me.

The warming day brought out more fishermen so we were forced into one of our backup spots that usually doesn't produce that many fish. Today the water was a little off-color and there were weeds on the surface. Without many other options, we decided to fish it anyway and I was glad we did. Right away I was into a fish on the Worm. Dad hooked into one on his bugger, but then he watched as I had pretty consistent action and his offering was ignored for the next hour. Finally, I convinced Dad to switch over to a nymph rig when I guaranteed him a hit. Unfortunately, the action had slowed enough that I was starting to think my guarantee wasn't worth much when he hooked into a fish. 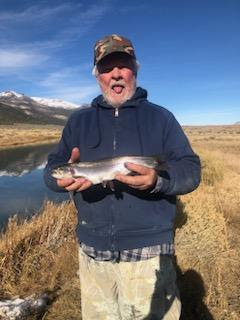 We decided to finish the day where we had started and Dad finished the same way he started, by catching five in a row while I could barely get anything to take. Sometimes that's just the way it goes.

Posted by Tim Kidder at 8:36 PM No comments: