Hiking with the boy 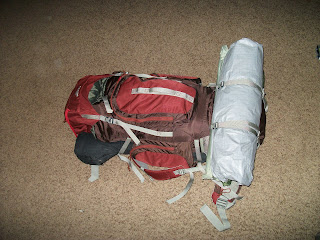 A backpack loaded for the first time is the model of efficiency.  Everything you need, nothing you don't, all in it's place (you hope).  After agonizing over the contents I still end up packing at least twice, usually three times.  Then you hate to get into it for anything because you'll inevitably disrupt the efficient nature of the pack.  With high hopes I had planned on a short trip with Sean down to Southern Utah.  However, the enormous storm that hit the state on our planned days changed our plans.  With this bitter taste in my mouth I snapped a quick photo of my still unused pack.  The plan for a redemption trip quickly formed and I ended up hitting the trail with my son instead.  Just an hour from home we were already being welcomed with awesome sights of the red cliffs. 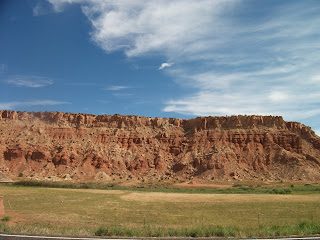 With minimal confusion we quickly found the right route to where we hoped would hold some great opportunities for us.  The hiking, fishing and camping would of course be great with my great company, and I was hopeful that the catching would be similarly great.  Soon we were at the parking area preparing for our adventure into this (for us) unknown area.

﻿﻿﻿
Hiking in to an unknown area with an eight-year-old is always a concern.  Some kids wouldn't be up to the challenge, but my little buddy had proved himself tough in past expeditions and I was confident in him. 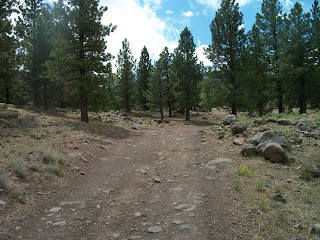 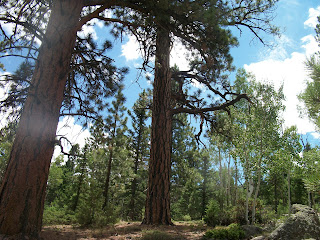 Even if it did take a few extra water breaks. 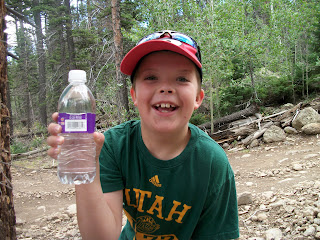 Sometimes kids just get excited about little things, like the stream taking over the trail.﻿
﻿ 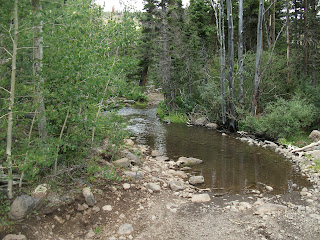 The excitement soon faded once we saw the big climb that was the next leg of the hike. 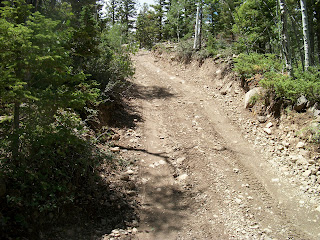 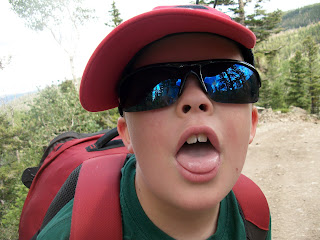 It was a welcomed site when we were finally within sight of the lake. 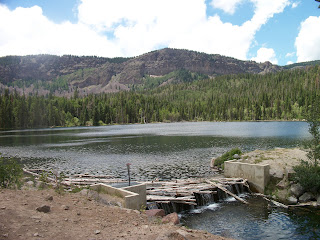 ﻿
﻿
Unfortunately, the rain was just behind us.  Good thing I packed the rain slicker. 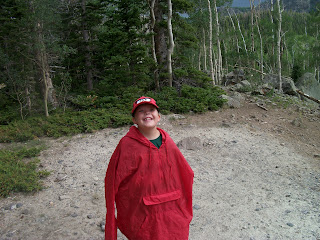 ﻿
We quickly got our tent set up, just in time to find out it leaks. 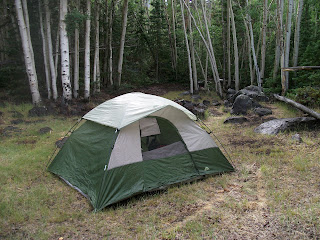 ﻿
﻿
Our gormet meal for the evening consisted of reconstituted stroganoff and a couple of Cup-O-Noodles.  Amazing how sub-par food can taste great when you're hungry. 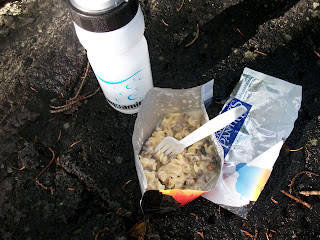 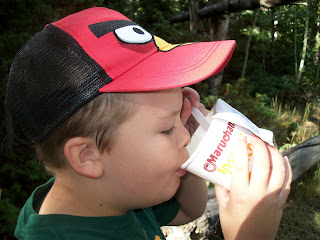 We ended up going to bed early, but because of Atley's bearanoia attack we ended up talking for a while before getting some shut-eye.  About midnight I was suddenly awakened by Atley saying, "But that will effect our airflow!"  Startled, I questioned, "What?"  and Atley replied, "The airflow, wait...must've been a dream" and quickly went back to sleep.  I couldn't stop laughing!

In the morning we threw everything that we had brought at the fish.  But it didn't seem to matter whether we fished flies, jigs, or lures we just couldn't get any action. 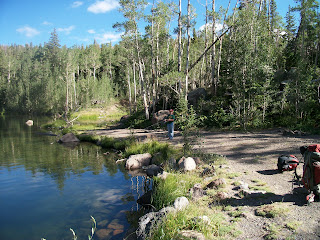 So we decided to try another beautiful lake only a little further up the trail. 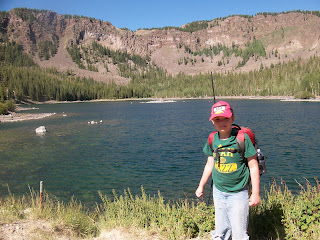 The fish here were no more interested than at the last lake, but it was worth the hike just to see it.  We quickly decended back to the parking area, although I think it took us just as long to hike down as it had to hike up the day before. 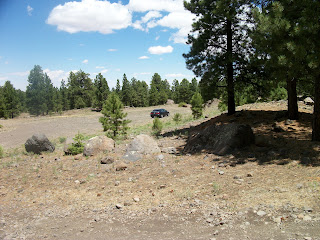 ﻿
The car was a welcomed site at the end of a challanging couple of days.  So proud of my little buddy for making a 6+ mile hike in two days.  Not sure I could've done the same at his age.  The catching wasn't all we had hoped for, but we still had tons of fun and have lots of reasons to return to this awesome area. 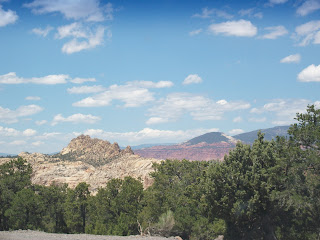 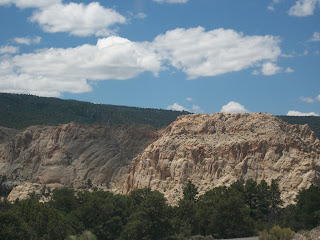 Sometimes, I just get to feeling a little uneasy doing the same old things. Fishing the same old streams, catching (probably) the same old trout in the same old spots. So for that reason (and the enormous wild fire that blocked me from getting to some of my favorite spots) I decided that I should dedicate a few trips to try and get into some bass on the fly.

First thing first, I needed to tie up some specialized bass flies. Now, I knew that I really didn’t need to tie up any new flies, I just wanted to tie something different. So I tied up some bass poppers that turned out pretty good (at least they look good to me!).  It was surprisingly easy thanks to a good video series on youtube (just search "tying deer hair popper").

After searching the internet for an idea of where to go, plus asking a couple of people on the fishing forums for their opinions, I decided to head down to Redmond Reservoir for the evening. I figured maybe I’d get a Large Mouth Bass, but if not I’d still have a shot at a Pike, Carp or Catfish.

Upon arrival I was almost instantly discouraged by the color of the water. It wasn’t exactly pristine, being what looked to me like the color of coffee with some creamer in it (but at least it looked like it had creamer in it right?). Having sworn that I’d stick to the destination where I told my wife I’d be, I decided to stay. I launched my sweet kick-boat (I’ve always referred to them as kick-boats because ‘pontoon boat’ always manages to conjure up images of the huge party boats where you and twenty-five of your closest friends can hit the lake) on the east side of the lake and quickly moved out to the closest island. The wind was just heavy enough to keep me from ever being able to stop kicking, but not bad enough that it was actually moving me away from where I wanted to be. I figured that later in the evening was when the Bass fishing would really pick up, so I tried for some of the carp that were clooping in the shallows (the whole lake seems to be pretty shallow, I’m just referring to where you could see their dorsal fins above the water as they worked). I managed to hook into a couple of these, although I didn’t land any thanks to the thick vegetation, still a rush to feel that huge tug though.

Long story short, I worked around the island but never saw anything but carp. Good workout in the kick-boat, but a shoddy evening of catching. It’s always a little humiliating to come back home smelling of skunk, but those are the breaks. Anyone who says they’ve never been blanked while out fishing is taking the whole “fishermen are liars” thing too far...