I've been focused so much on building our new house that I haven't been able to get out lately. This past weekend my Dad came down and we were going to try and get some concrete done. Unfortunately (fortunately?), we couldn't get any mud and decided to do what we could then take my Dad's fifth wheel trailer down to storage near where we hunt and get a little R & R while we were at it. Caden has been talking about going hunting for the past few weeks so he was really excited to come with.

Getting a late start on a Saturday usually isn't that big of a deal, so we took our time and got groceries and everything we thought we'd need. We headed out talking about what needed to happen at the house, the possibilities ahead of us and the challenges of being a teacher (both my Dad and I are teachers). My Dad casually remarked on how if he got 15 years out of his truck it would make retiring much easier. Not more than 15 minutes later we blew a hydraulic line and came to a stop in an awkward uphill spot. Trying to get off the busy highway didn't work out too well as the trailer threatened to smash into the bed of the truck because of the steep incline. There we were, sticking out into the highway and making the road dangerous for traffic traveling both directions. Luckily, some good samaritans stopped to help direct traffic as we hooked up a tow chain to try and get off the road. While we didn't get to a great spot, it was definitely more comfortable than the previous one and we were able to call a tow truck. 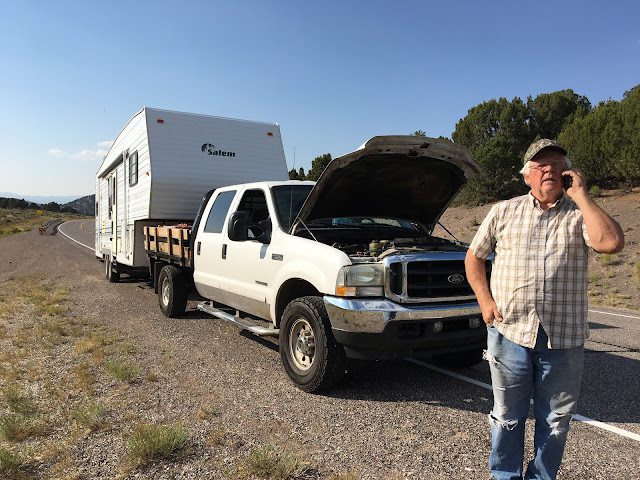 The tow driver was a really nice guy that pulled the truck and trailer to a safe spot then took the truck to a mechanic in a nearby town. The mechanic wasn't going to be able to work on it until Tuesday, so we called my brother who borrowed another brother's truck to come and haul the trailer the rest of the way. Del and Atley brought us some dinner as we did the only thing we could think while we waited, pulled out the binos and glassed for deer. Once it got dark we somehow started playing 'Name that Tune' with movie and television soundtracks.

When Brett arrived we hooked up the trailer and continued on. I drove with Del and the kids because she was too tired to drive back home. In the morning both kids elected to head back home with Mom rather than head up on the mountain with Grandpa, Uncle Brett and their Dad. (I don't blame them, the truck breaking down was pretty upsetting for Caden).

We spotted some little bucks right off the bat and thought our luck was going to drastically improve, but it turned out that those were the only ones we'd see all morning. I did luck into seeing a 5 point bull elk, but as cool as it was it would've been nice to see an animal we were after. We decided to head down off the mountain and chase after some fish. Just his luck, Brett felt sick and spent the afternoon puking and sitting in the truck. I felt bad for him, but I couldn't miss this opportunity to fish after more than a month without casting a rod. It didn't take long for me to find some willing brownies as the afternoon slipped towards evening on a Bead-headed Hare's Ear and no doubt would've had some caddis action in the evening if I would've stuck it out. But we decided to head up hunting again. 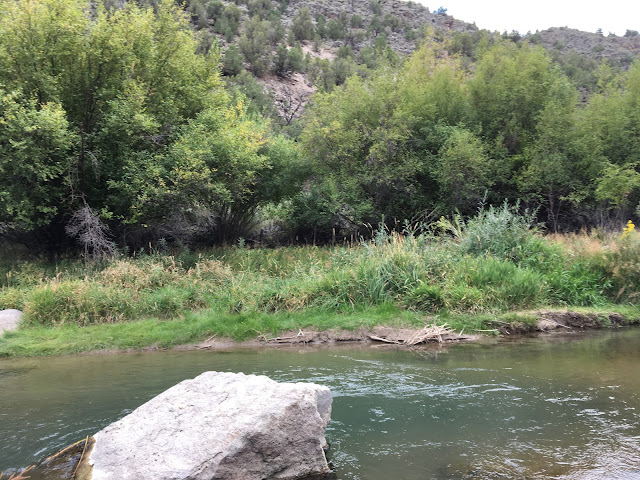 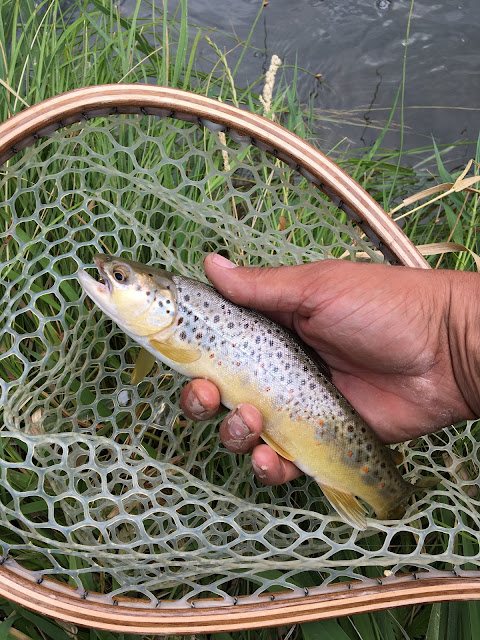 The evening started off much like the morning had gone, a couple of does but not much else. Then I spotted a nice buck just off the side of the road and slipped out of the truck. I ranged the buck at 60 yards and went through my shooting mantra (lock, level, loose) before letting the arrow fly. I must've missed with the range-finder because my arrow flew over the bucks back. Disappointed doesn't really describe the feeling but I wasn't going to give up that easily. I backed out and ran around to another opening I knew the bucks (he had a smaller 4 point with him) would probably be going through. There he was at 50 yards quartering away. Again I felt like I took my time and made a good shot, but he jumped the string and turned away from where my arrow passed. He decided to take his buddy and get out of dodge so I went in search of my arrows. The lowest of lows crept over me as I collected my arrows. The only comfort that I could find is that I hadn't hit the buck poorly, and that a clean miss meant that he was still out there.

A sleepless night followed with visions of the buck that seemed to grow while I laid there listening to Brett's snores. We were up early to get to where the bucks were the night before. I slipped out of the truck just before first light and took up a post where I could see some potential game trails. Cold crept over me in the gray light as I heard a bull elk bugle. Not much else broke the silence as I waited. Then I heard what I thought was antlers scraping a tree and went to investigate. After sneaking along for about 50 yards, I spotted a small spike buck that was trying to rid himself of his velvet on a small aspen. I was a little let down, but it was cool to get to about 10 yards of the buck before he noticed me. I kneeled down to get a better view and was thinking about taking a picture when I spotted a mature buck that had been hidden from my view only 5 yards behind him. They were both aware of me but didn't decide to run until I tried to pull my bow back for what would've been an easy shot. Just like that they ran and my hopes for the morning, and the weekend, were dashed. 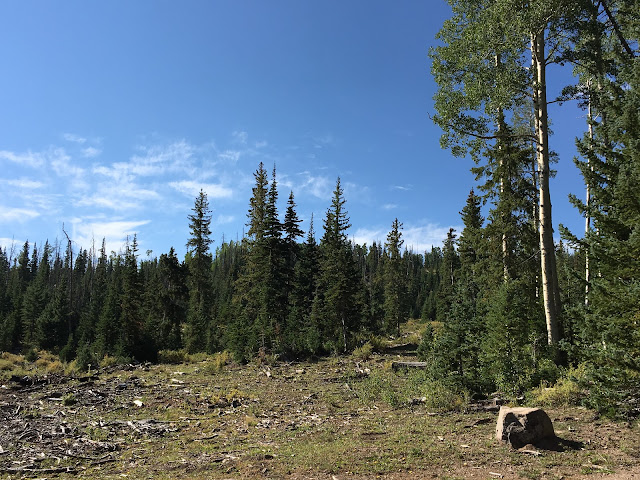 Even though the hunt wasn't successful, I was very grateful to be able to spend time with my family in a beautiful place and am excited to get back up there.