In my kitchen I have a thermometer (the actual thermometer is outside, but the display sits on my windowsill) that I sometimes look at.  Especially when I'm heading out to do something.  The something today was a solo fishing trip.  The thermometer read 32 degrees.  I decided to go anyway.  There are only so many windows in my schedule to fish this fall and I wasn't about to miss an opportunity. 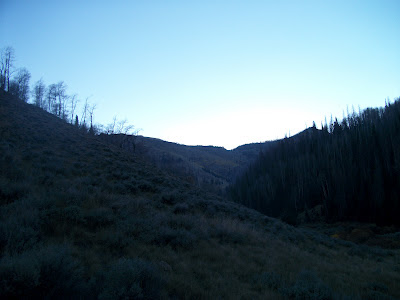 After the hour drive to the trailhead I was shocked to see the parking lot (if you can call it that) completely full.  Not like "oh, I guess I'll have to park a little off to the side" like "oh crap, there's nowhere to park!"  Luckily, I was able to get off the road enough.  I figured it would still be worth the effort because most (if not all) of these guys were probably elk hunters. 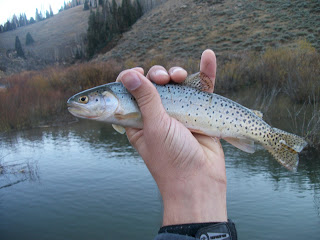 My efforts were quickly rewarded as I pulled a couple of Cutthroat Trout from a beaver pond.  It was after this early success that I decided to go further down the trail then I'd ever been before.  I'm not sure how far I actually went, but it felt like a solid couple of miles (although, in wading boots I've never felt sure about how far I've hiked, only that it was uncomfortable).


Amazing looking country! No wonder why the elk hunters would love it. 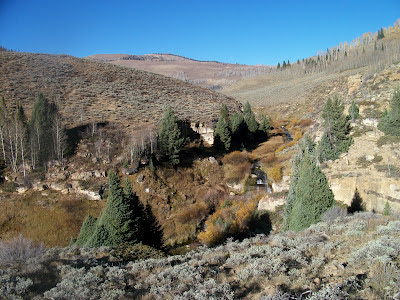 Fishing was decent all day with the most consistent producing flies being BH Hare's Ear, and a Zebra Midge.  Although I did manage a few on some dry attractor patterns.  Through one, very limited, stretch I managed three or four on A.K.'s Midge Emerger pattern which was pretty cool.  It was in this stretch that I caught a small Brown Trout that already had someone else's Parachute Adams stuck in the roof of his mouth.  Oddly enough, I caught mostly Brown Trout today even though I know this stretch has a good population of Cutthroat.  At least it felt that way, I managed to lose track of the head count pretty early on. 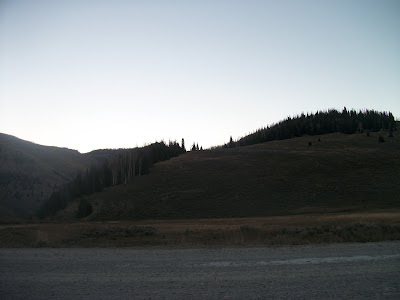 Really great being out again, even if it was pretty cold.  The return hike was uneventful and I thought my day ended well.  Until I accidentally locked my keys in the trunk along with my fishing stuff and, more importantly, my jackets.  So instead of being able to drive home, I had to flag someone down to call my wife and ask her to bring me a key, then wait for her in the cold.  It wouldn't have been so bad if the wind wasn't blowing.  Long wait, but no story really.  Del hauled up the mountain and arrived quicker than I thought, and I never thought I'd be so happy to see our Jeep.  Thank you to the family that made that call for me!  Saved me from breaking a window...
Posted by Tim Kidder at 8:16 PM No comments:

It’s always fun to take a guy out fly fishing for his first time.  Besides wading, casting, fly selection, accuracy, line control and actually being able to set the hook; what could go possibly go wrong?  These were the concerns that I had taking a friend of mine out for his first experience.  After a quick, mostly unsuccessful, trip filled with low, dirty, and hard-to-fish streams, I felt like we needed something a little more likely to produce.  So, with hopes of great fishing, we headed out on my favorite day to fish…Wednesday.  Being in the middle of the week Wednesday has the advantage of being as far away from the weekend pressure as possible.  The fish have the opportunity to forget about all the fishermen that were there last weekend, without the new batch showing up yet. 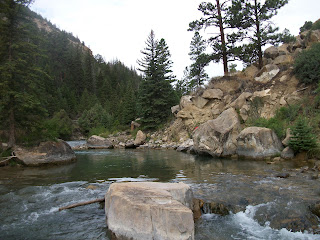 The good part about having one unsuccessful trip under his belt was the realistic expectations (or lower than realistic) but I was still hoping for a great day to show him how things can be.  So I took Ross over to a stream that I hadn’t fished yet this year, but that I’ve always had good success on.  In fact, this was one of the first streams I ever fished.  Those first trips were with my dad when I was just learning.  I distinctly remember my dad showing me where the fish should be, then heading upstream and leaving me to figure some stuff out on my own.  At the time I had wished that he would’ve stuck around and ‘taught’ me how to fly fish.  In retrospect, I think the time that I was left alone made me want to know things, so when we re-convened later I watched him more intently and learned.  With this in mind, I chose to leave Ross to his own devices to start the day but tried to check in often, hoping to maximize his learning without smothering him or overloading him with information. 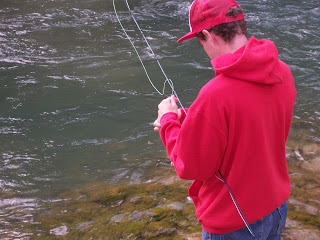 At first he went through some frustrations.  Seemed like every time I looked over he was untangling some mess, or retrieving his fly from the streamside vegetation.  But a short while into our day, he managed his first fish on a fly rod.  I thought that we’d be in the fish from there on out, but it took a little more time than that.  Because of the nature of the stream, it’s difficult to get an ideal drift, and even when you do you have to keep picking up the slack with your off hand.  Long story short, he had a lot of hits and managed to bring a few fish to hand. 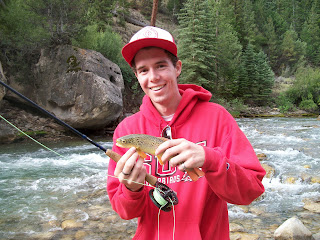 Luckily, this was one of those charmed days of summer.  We caught fish on Chernobyl Ants, Haresears, Copper Johns (red), St. Vrain Caddis (yellow and olive), and Adams.  Basically everything we cared to try seemed to work.  Dries seemed to produce as much as our droppers, we caught fish in a good range of sizes, and had consistent action all day.  Not bad for a newbie... 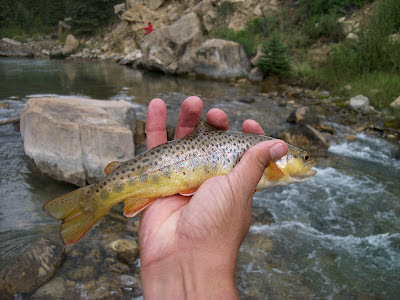 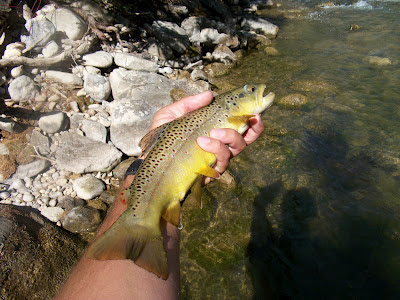 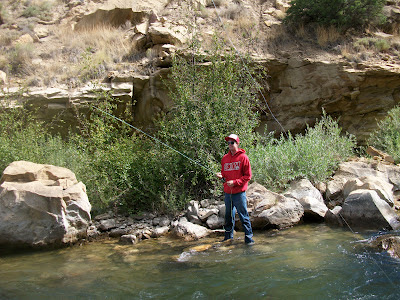 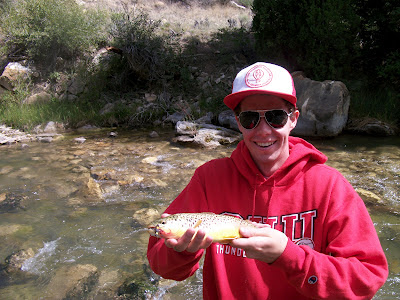 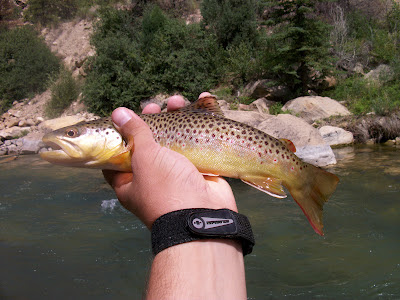 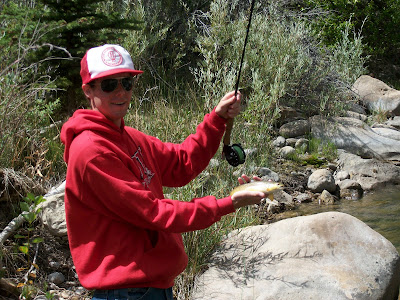 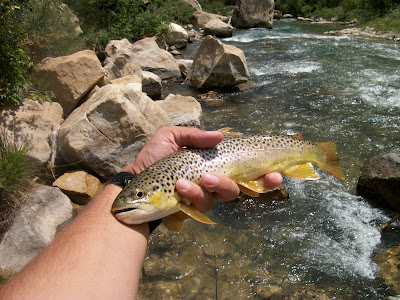 Posted by Tim Kidder at 9:16 PM No comments: