First of the Year

Ideally, the temperature reaches at least 40 degrees or more to give you a shot at a good midge hatch. Even if the hatch doesn't pan out, those kinds of temps would at least keep the ice out of your guides. You really should invite someone to go with you, just to keep you from getting into trouble out there if nothing else. You could always stay home, and that thought has more than crossed your mind as you lie in bed, but you haven't caught a fish yet this year, and even though it's only been a couple of weeks that still bothers you on a deep level. 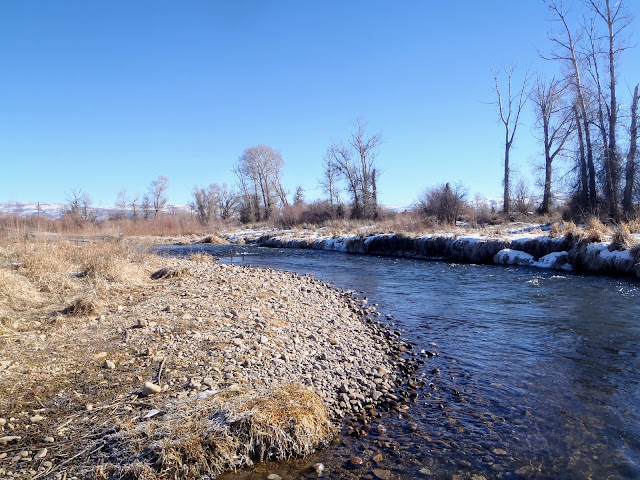 Fishing alone does come with its advantages, like not having to share the morning's donuts, and not having to discuss where you'd like to fish today. You know where you're going even if it is a little bit longer of a drive. Not having to run that by someone, or have any compromises feels pretty good sometimes. So you head right to where you want to fish, but the first hole only ties you to a small fish for a moment before he throws the hook. Working upstream produces a handful of missed fish and nothing brought to hand, how long has it been since you last fished?

Right when you start wondering if it just might not happen today, you catch your first fish. A nice-sized whitefish that fought really well and took your zebra midge perfectly. You know these fish are looked down on in some circles, but you can't help but admire the iridescent scales in the light before accidentally releasing it because whitefish are too strong to hold with one hand like you do when taking pictures of trout. 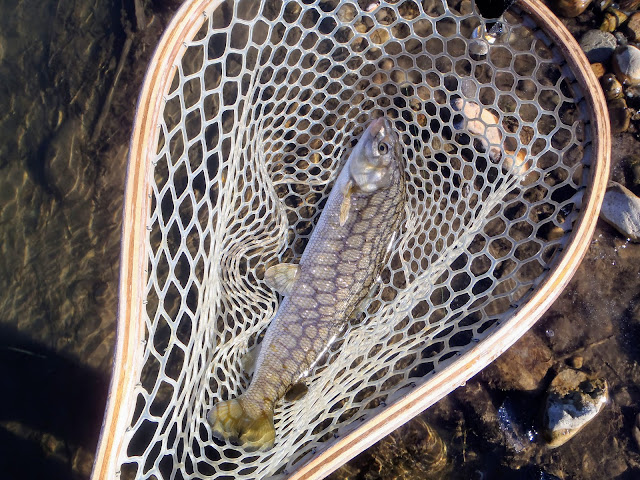 Fishing nymphs under an indicator always starts out as a guessing game, then you catch a couple of fish and get that confidence back. Your fly, which a few minutes ago you were about to change, is the one they've been waiting for all morning. You watch your drifts meticulously and set or at least check every time that indicator stalls or dips. Consequently, you start hooking into more fish but is it because your fly is the right one or because you're now fishing it like it's the right one? 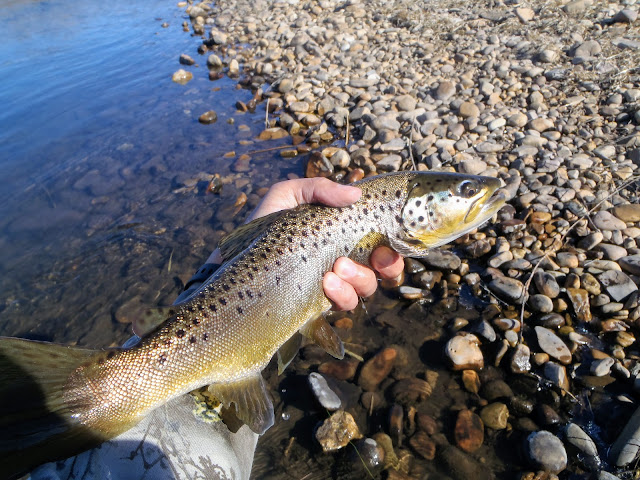 You spot the odd rise across the stream in a back eddy and even though you're still picking up fish on the nymph rig you start planning your approach once you've switched over to the dry. The rises become more regular so you wade back downstream to where you can easily cross and sneak up the other bank. It's a back eddy, so you circle wide and approach from upstream so the fish are facing away from you. A Griffith's Gnat is the fly of choice and as you're tying that on it becomes apparent that the pod of fish is actually one fish that is working around the eddy. The first cast shows that the swirling currents aren't going to make it easy on you, but as the fish works its way back to the head of the eddy you make a good cast that drifts drag-free just long enough to fool the fish. A quick but gentle lift of the rod and you're hooked up with your first fish of the year on a dry fly.

You could've stayed in bed, slept in, and spent the day checking some honey-dos off the list. Instead, you got out there, braved the cold, and caught some fish. On the ride home, while finishing up the last of the morning's donuts, you're already planning your next trip out.

Posted by Kidder Outdoors at 8:57 AM No comments: