Out With A Bang

A fishing trip fell through this week when my Dad caught the sickness that has swept through my family. With a day suddenly open without commitments we decided to spend the day together and do a little fishing as a family. The usual haunts were tempting, but we decided to try something else and head to a new location. The hope was that we could cross a species, or two, off the Utah Grand Slam list and have some fun together.


After a long drive we found a solid 5 inches of ice but no real depth. The good thing about the ice not being too thick is that you can drill a bunch of holes and move around. Unfortunately, it seemed like everywhere we tried we found the same 4 feet of water. Not knowing if any spot was better than the other options, we tried to spread out and hedge our bets.

Atley hooked up with a white bass for our first fish of the day! While we were hoping that it would be the first of many, it didn't start the catching how we had hoped.


Another move before lunch had us pretty hopeful because the shore had quite a bit more structure, but the water wasn't any deeper and the fish were still being shy. Right when the boys had pretty much decided that lunch time had arrived I finally had a hit and made good with a large mouth bass (a species I'd previously checked off the list) that at least got the skunk off of me.


It seemed like a good note to end on and we made the boys happy with lunch. After that we did a little exploring but didn't find any better options for fishing than the areas we'd already hit. With that we decided to change gears and find a place to try out my christmas present, a Smith & Wesson 9mm.

A good day out with the family, even if the fishing wasn't all that we had hoped. It seemed like a fitting way to close out 2016.

Woke up early on Boxing Day to hit the ice with Ross. I had heard that one of my favorite places to hit with the short rods was capped so we went for it. Lots of equipment to gather up and make sure it's in good condition before the first trip of any season, but referring to my packing list helps. On the ride there we noticed that there was some serious ice accumulating on the windows despite the defrost going full blast. The truck's thermometer confirmed that it was really freakin' cold when it read -17˚!

Once we made it to the reservoir we found out that we weren't the only ones who had heard about the ice, but there was still room enough for us to stake our claim. Since it was early in the season we were being careful and checking the ice thickness as we worked our way out but with about 4" of clear ice we felt good about fishing. It didn't take long for the fish to give Ross some attention, unfortunately he was busy working on a tangle when they did. The fish wasn't so lucky it when it played with me, and we had our first fish on the ice!

Another miss by Ross, and another nice rainbow by me, before the sun's warmth really started making the ice sound off. At first I could play it off as the usual sounds, but once I realized that my back was hurting from being constantly flexed and I wasn't having fun, it was time to go. Ross agreed and we cleaned up our gear and headed for the truck. We made one more stop on the way home at a lake I've never fished before where we struck out. A good start to the season!

Hope You're As Lucky,
Kidder

Posted by Tim Kidder at 2:47 PM No comments:

Some of you probably don't think so, but if I can't get out and do some fishing the next best thing is working on rods or tying flies (and daydreaming about fishing). I've built a couple lately so I thought I'd show you what I've been up to.

The first build actually happened because my wife saw a post on facebook from a guy asking if anyone could fix a rod. She tagged me and luckily enough I could fix it for him. He must've liked what I did because he asked that I build him a rod. Not just the cheapest rod he could find, mind you, he wanted a Blue Halo fiberglass rod. Between the two of us we got all the components ordered and I put the rod together as quickly (and as good) as I could. He seemed happy, even mentioned another build in the future, and I watched this beauty leave.


If you follow me on Instagram you've probably already seen the Blue Halo build and you're not alone. Soon after I finished that rod I was contacted about another build, this time on a matte gray Hook & Hackle blank that I've been holding onto for awhile. The customer wanted a 'one of a kind' rod that she could give her husband for their anniversary. Other than that I could pretty much build whatever I thought would be best. I decided a custom handle, maple insert, some decorative wraps were in order. The thing was a ton of work in a short period (the anniversary was coming quick) but I got the rod done and she picked it up almost the minute it came off the dryer. When I talked to her a few days later she said that her husband was really excited about the rod and wanted to go fishing with me as soon as the weather improved.


I wish I would've taken more pics of this rod after it was done, but like I said, it was out the door right as it came off the dryer. I've got another rod that I'm just starting tonight, another fiberglass rod but this one is a bit more old school in feel and aesthetic. Well, until I do something crazy... Hope you're having a wonderful holiday season, and Merry Christmas. 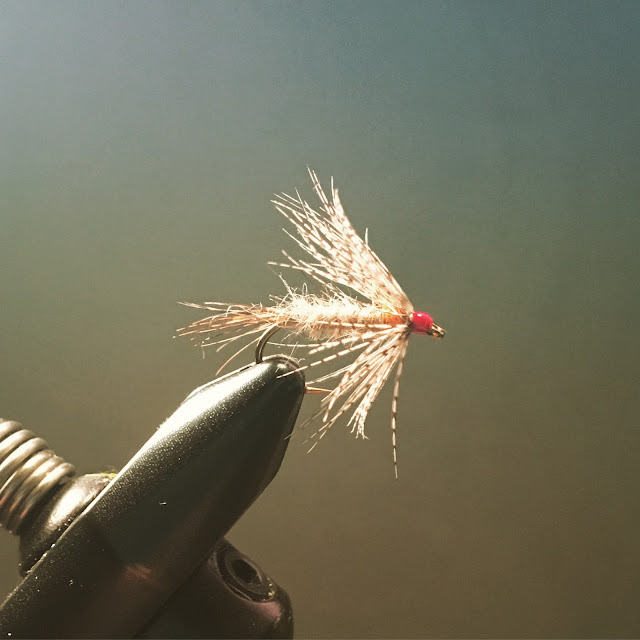 * If you're interested in my rods and/or nets just message me!
Posted by Tim Kidder at 8:29 PM No comments: