That's How It goes

A year ago, right when Covid was on the uptick I got a call from my Dad. He had met up with an old friend to do some fishing and was calling me to invite me to join them. Big fish on every cast, easy fishing, time of your life, all the regular promises to get me out the door. Normally, it would've worked and I would've been packing before the phone call ended. However, this time was different because of all of the unknowns associated with Covid. I didn't go. Being cautious (mostly worried about getting someone else sick) and having tons of work to do since our school was going online for the foreseeable future both played into the decision. I've been regretting it ever since... 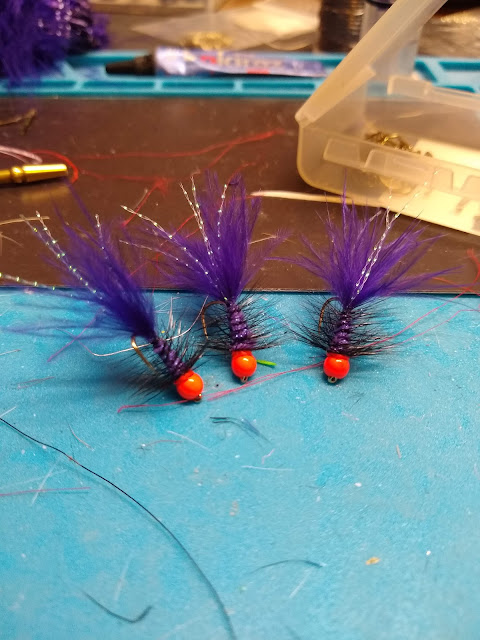 Having already had Covid and not infecting anyone, this year when the call came with almost the same story I was ready. Dad said the fishing was awesome on small orange bead-headed buggers retrieved slowly, so I hit the vice and tied up what I hoped would be enough.

I'm not sure why, but it's been quite a while since I've been fly fishing with my brother Weston. It's crazy because Weston and I used to fish together a lot, but I guess life gets in the way and our priorities and schedules just haven't lined up. It's not like we haven't been doing things together, including my one and only ice fishing trip this year, which was among the worst ice fishing trips I've ever had. We just haven't been fly fishing together in the last couple of years.

Of course, when the plans were made the weather thought it could dissuade us. As late as 10:30 PM I was getting the screenshots of the weather reports followed by a text, "Are you sure you want to go?" and I quickly replied, "Yes." Basically, I'd rather go and maybe regret it than stay home and definitely regret it. The snow piling up on the highway had us all questioning this logic on the early morning drive.

When we finally arrived Dad and I had to change into some warm clothes, but Weston hurried and got his rod together and started casting. It took a few minutes to get changed and rigged up, but Wes hadn't gotten anything. When I walked up to his spot he told me to give it a try (or maybe he didn't and I snaked him out of it...I can't remember) and on the second cast, I hooked into a great fish on a Purple Frenchie. 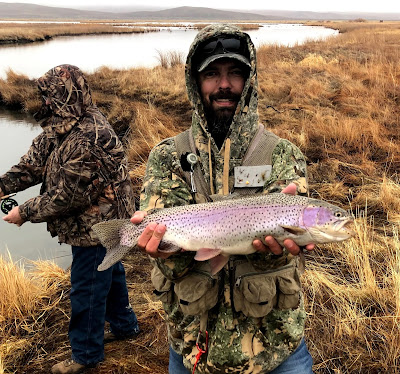 Fishing wasn't fast, but we were getting a few on nymphs. Dad doesn't like to fish nymphs under an indicator and would much rather catch fish on streamers and tends to stick to it even if he's not getting any action. I think we all would rather fish a more active method, but catching fish is my priority. Even if that meant fishing a nymph rig with weight under an indicator. Dad was really insistent that we go back to where he had success a few days ago, I think he was hoping to get faster fishing and to catch some on the buggers. My hesitation was that you don't leave fish to find fish and where we were fishing was my favorite spot. I finally gave in and we headed to Dad's spot to see if the fishing was any better over there. 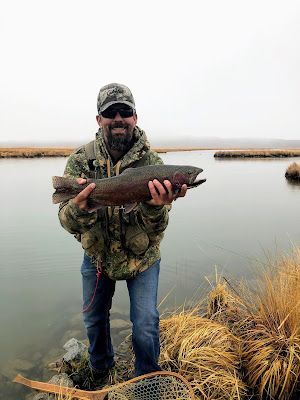 Once we got to Dad's favorite spot he hooked into a fish that peeled out a bunch of line and promptly broke him off, getting our hopes up! It didn't take long for me and Wes to start finding some, but the action wasn't what Dad had earlier in the week. To me and Wes it seemed like fishing was great, but expectations couldn't live up to what Dad had been hoping for, though he did get some on an orange bead-headed bugger. 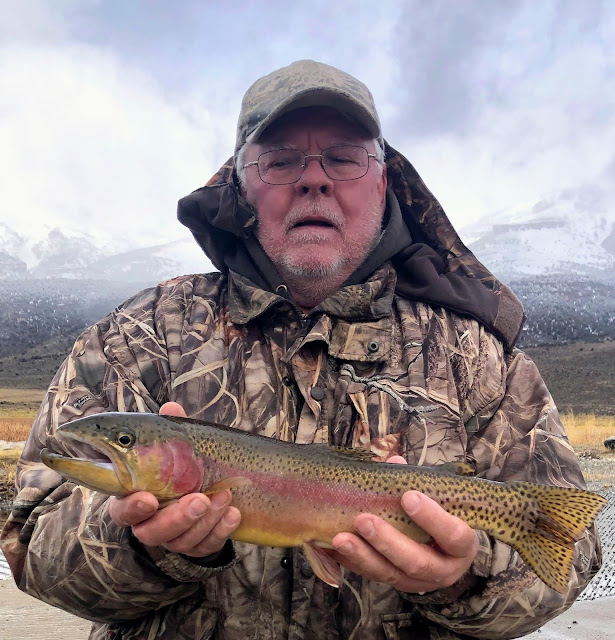 When fishing here, if you have a spot to yourself there is the feeling that if you move you'll lose it, and there might not be anywhere to fish. So we stayed put for several hours, even when the snow and wind made it somewhat miserable. 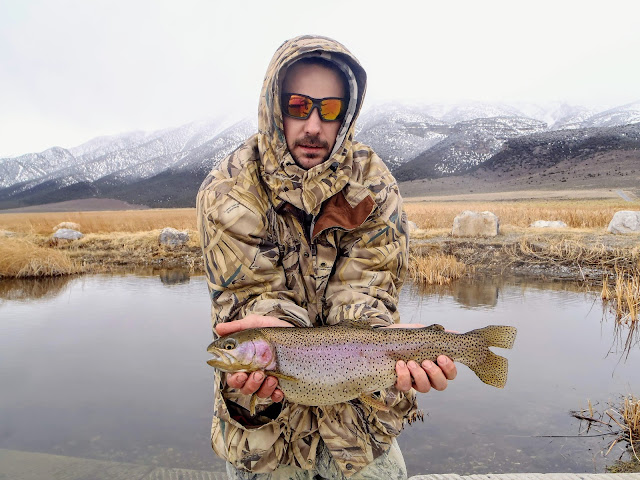 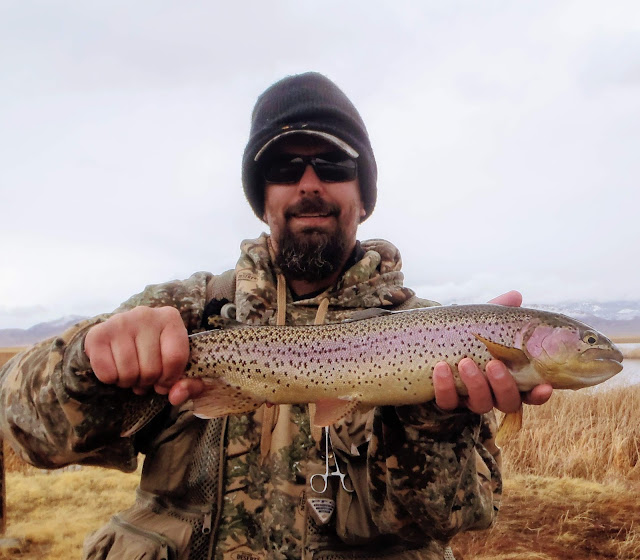 With the day winding down, and the fishing really slowing, we decided to head back to where we had started to see if the fish were more cooperative there. Luckily, there wasn't anyone in the spots that we wanted to try and fish. I picked up right where I'd left off, but this spot wasn't being too kind to Dad and Wes. I'm not sure why, but sometimes that's how it goes. With the day that we'd all had, I didn't feel too badly for them. 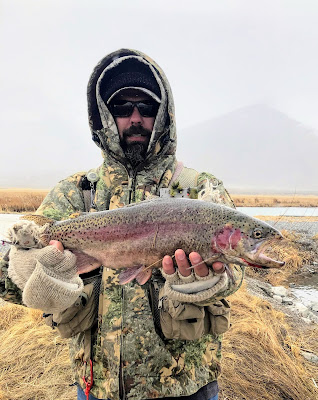 A long drive through some bad weather is never a fun way to end the day, but sometimes it's worth it.

Posted by Kidder Outdoors at 6:34 PM