I might be the only one, but I love daylight savings! During the winter months, I often get home after, or near, dark which means there isn't any time to get outside before temperatures drop. This keeps me mostly indoors during the work week which isn't good for my mental health. So, when the time changes and temperatures are on their way up I try to take advantage as much as I can without endangering my marriage (not too much anyway). 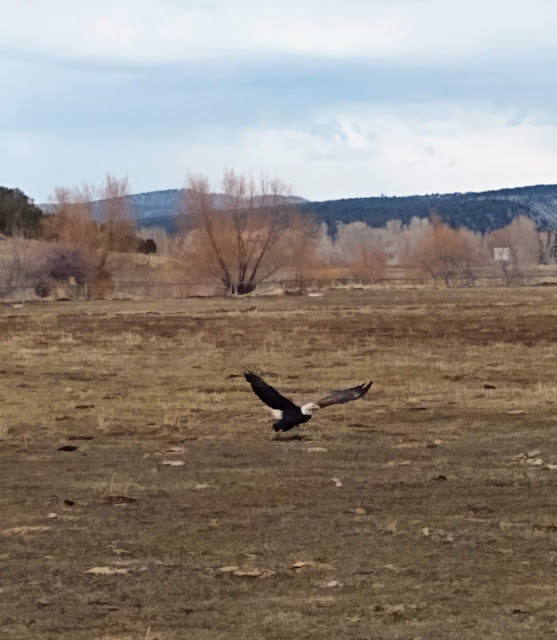 On the docket today was one of the small streams in the area that holds fish. Ross was going to meet me on the water for the first fishing we've done together in way too long. Once Ross arrived and wader-ed up we made the hike down to the traditional starting point. It didn't take long for the first fish of the day to decide that he liked the look of my Purple Frenchie. Not a big fish, but a great way to start the evening. 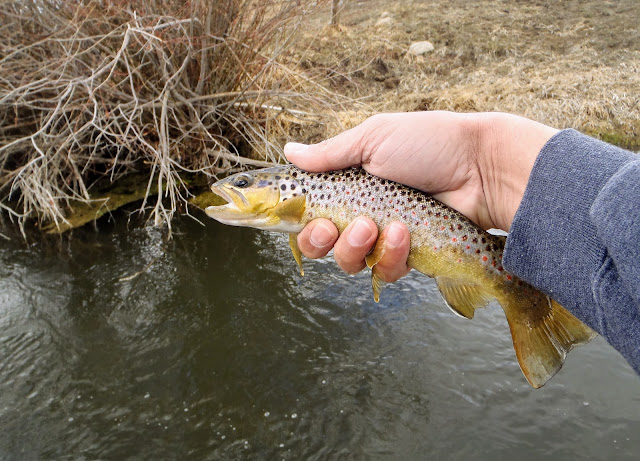 We decided to head further downstream to some water that Ross hadn't been to in a while. Once we got as far down as we were going for the day Ross didn't waste any time in hooking up on a small brown on a pheasant tail and the action was decently consistent from there on up. As long as we got the flies into the prime spot without any drag, or hitting bottom, the fish were willing. As we worked our way upstream I couldn't help but recall how much the river has changed. There used to be a pool, one of my favorites, where I used to count on hooking into several fish that was now just a small riffle and a sandbar. Wildfires upstream caused tons of silt, ash, and debris, to run into the stream which has changed it significantly. Each year I'm shocked where the stream has made a major change, and very rarely has that change been for the better. But between the fire runoff and severely low water in the late summer, I should probably just be glad that this stream has any fish in it. 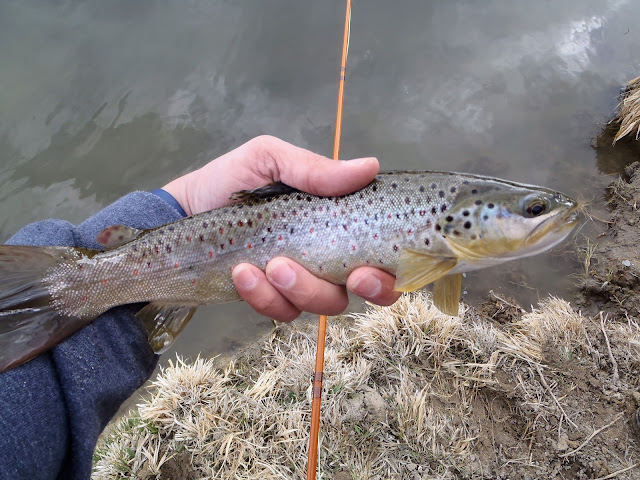 Ross had to take off before I was ready to call it quits, but really I should've just left with him because fishing took a turn for the worse shortly after he left. Not surprising since the sun was setting and the temperatures were dropping. I'm not sure if these little excursions help me to relieve stress, or to be a better teacher, but I'm pretty sure they don't hurt! I'm looking forward to getting out again as soon as possible.

Posted by Kidder Outdoors at 10:14 AM