As I get older it feels like time is speeding up on me. Three weeks flew by and I had forgotten that Lane and I had made plans to hit a stream together. Luckily, our region's Jazz Festival was at his school so I ran into him while working and he reminded me of the plan. It was also lucky that my back had recovered from whatever I did to it that made moving and bending almost impossible. Of course, the weather report was a little more on the unlucky side with the brief return of winter lining up exactly when we were supposed to be on the water.

I'm not sure why, but lately I've been putting off packing for an outing until the morning of. This is really dumb since it almost guarantees me forgetting something, and usually that something is really important. This time it was my sweatshirt and coat. I'd remembered the fleece jacket that I wear underneath, but the outer layer was left home. Lane reminded me that the night before his wife had told me to "Dress warm," I thought she was just taunting me but it turned out to be prophetic.

I decided to try and tough it out and we hit the water, starting on a stretch that I've never caught a fish from. I've only fished it for a few minutes a couple of times, usually electing to skip the crowds and drive past this section to the slightly less busy areas beyond. At this point, it's kinda weird that I'd never caught a fish here, so a deeply drifted midge eaten by a nice, darkly colored brown was exactly what I was hoping for. I had another fish on momentarily, but not much action other than that. The shivering told me it was time for at least a break in the truck with the heater on full blast, but Lane was ready for a change in scenery and we left for a different section of river. A quick stop at the local Sportsman's Warehouse and I had an extra sweatshirt for the rest of the day. 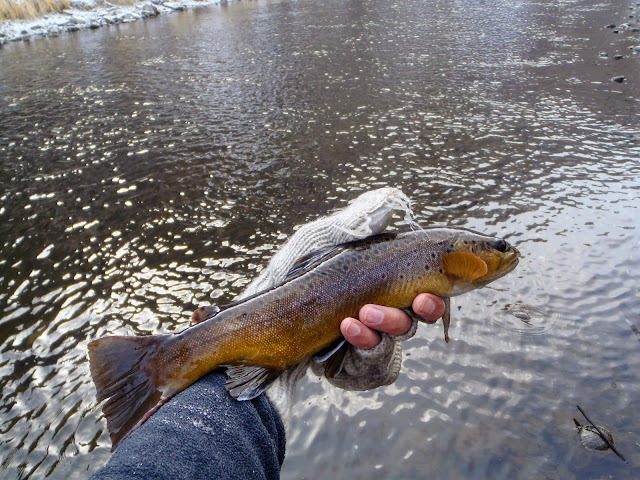 The change in scenery wasn't necessarily a change in luck, as we struggled initially to find willing fish. Although, I did come across half of a fishing pole that looked like it had been under the water for a long time. 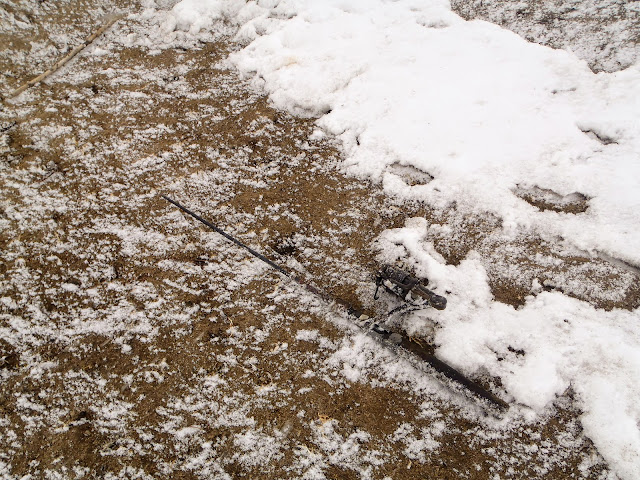 As usual, it was Lane that figured out where they were and didn't take long for him to catch a couple of bows. I made my way down to see what was working when I hooked into a small bow on an egg pattern. Lane put on a 'Double Yolker' and hooked into his best fish of the day. 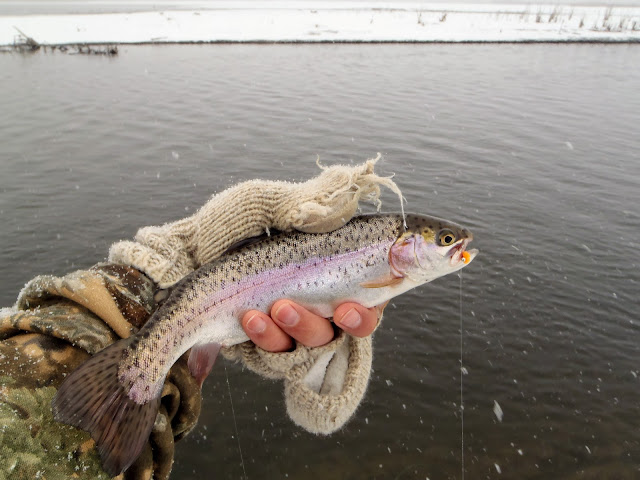 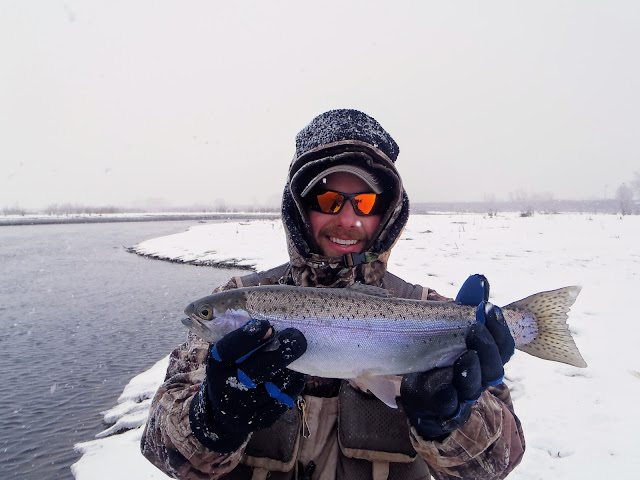 When a few fish started rising, Lane switched over to a dry fly but I stuck with the egg hoping to find a nice sized fish of my own. It didn't take long until I had a better-sized one on the end of my line. 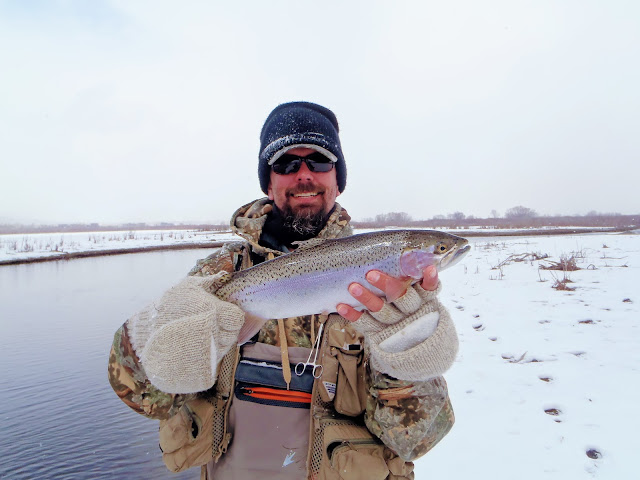 Another change in scenery, and another quick warm-up in the truck and the fishing was completely different. This new section seemed to hold a lot more fish, with most being on the small side, but there were a few good-sized fish to keep things interesting. Lane caught a couple on a San Juan Worm, but the fly they really wanted was a Purple Frenchie. This fly has been amazing for me so far this year! 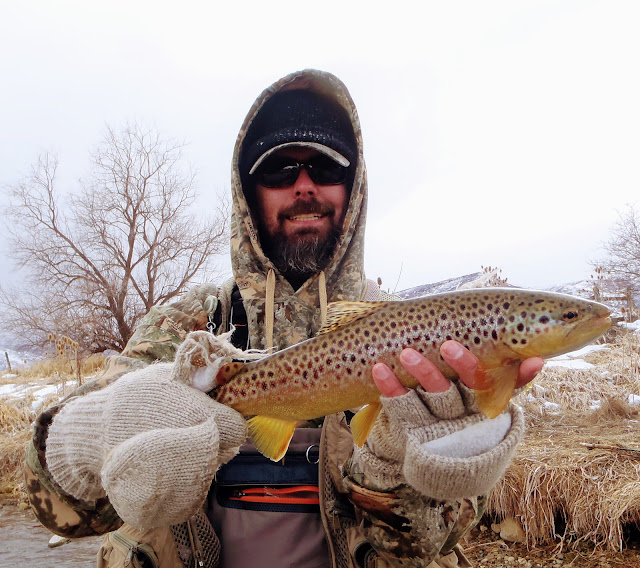 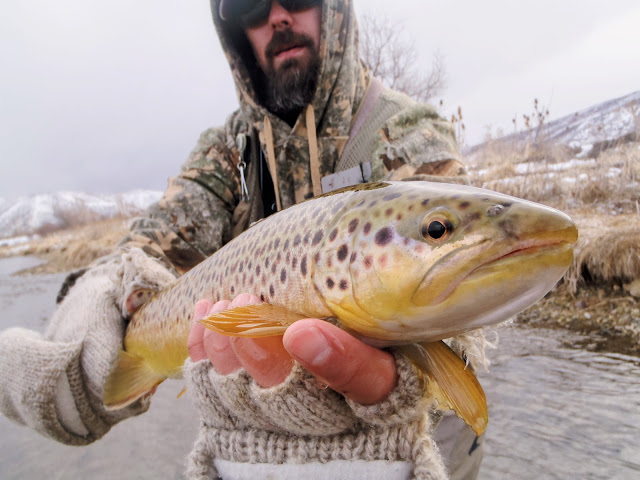 We caught fish until the sun went down and temperatures plummeted, but we weren't really that cold until we were trying to get out of our frozen waders. A stop for some carne asada was the needed cure and made for a great way to end a good day of winter fishing. It's only going to get better, and warmer, from here on out!

Posted by Kidder Outdoors at 9:55 AM