I've been tying a bunch of flies in anticipation of another trip to southern Utah to hit some stillwaters, but when my phone fell out of the car while we were driving it kinda put a snag in my plans.  Fortunately, my son Atley is a technowizard and could fix me up with a temporary phone while waiting for a new screen that he would eventually install for me. Jeff still wanted to get out so we made plans to meet at my house and hit a stream that I hadn't been to in a couple of years. (You can read about that last trip HERE)

Once we arrived we could hear all the cicadas in the trees and I was really excited to finally get to use the flies that I tied for a trip to the Green River last year (you can read about that trip HERE & watch the video on how to tie the fly HERE). 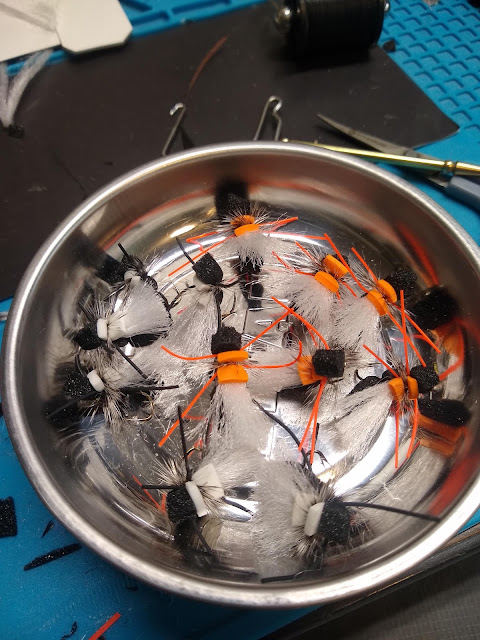 I caught a nice fish right out of the gate on the cicada, it was a beautiful cutthroat that rose so slowly you'd think it'd never reach the fly. After that, we worked our way upstream, thinking the fishing would only get better the further from the parking area we were. While fighting my second fish on the big dry fly I felt the horrible cracking sound reverberate through my rod and knew that my favorite rod had broken again. (Read about the first time HERE) 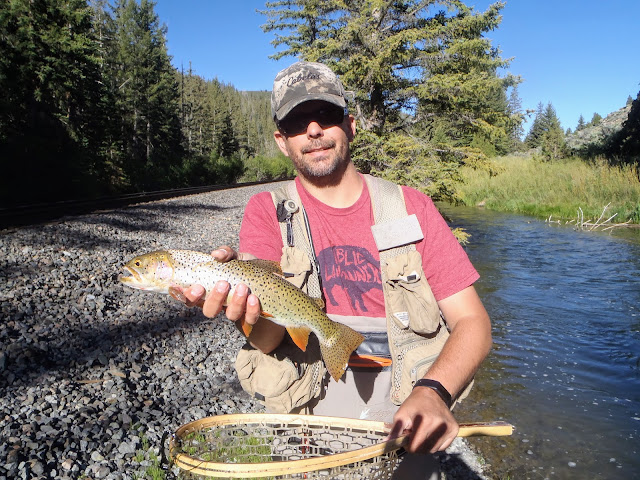 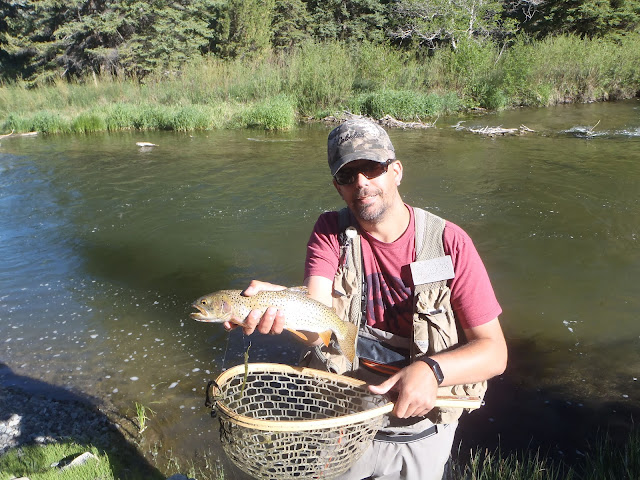 Rather than share a rod for the rest of the day, I decided to quickly make the walk back to the truck to swap out my rod for a spare that I'd brought along. This rod was my little fiberglass rod that would make these fish seem like monsters. We were only a half-mile from the truck so it didn't take too long, but while I was gone Jeff caught two fish on dry flies. He was using a 'Top Shelf Hopper' from Drew Looknfishy that you can see how to tie HERE. 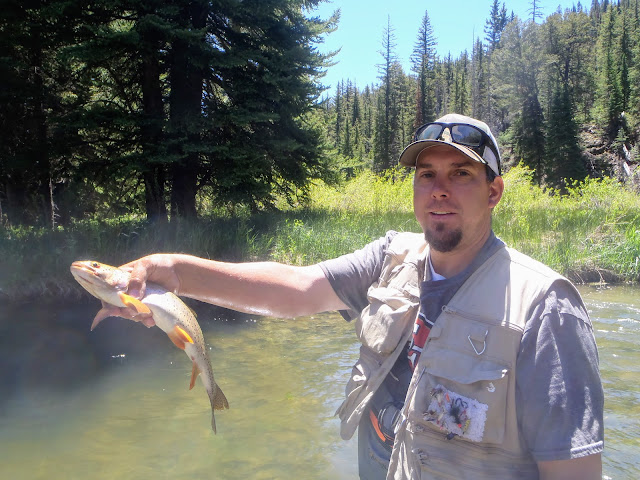 When I got back it took a little time to find some fish, we weren't helped by the fact that every few casts or so we'd have to clean the moss from our flies. The moss made it almost impossible to fish a hopper-dropper rig, so Jeff elected to only fish one fly while I decided to fish two dries. Almost right away the dropper, a Purple Haze, produced fish. One fish rose to look at my flies three times before finally taking on the fourth. 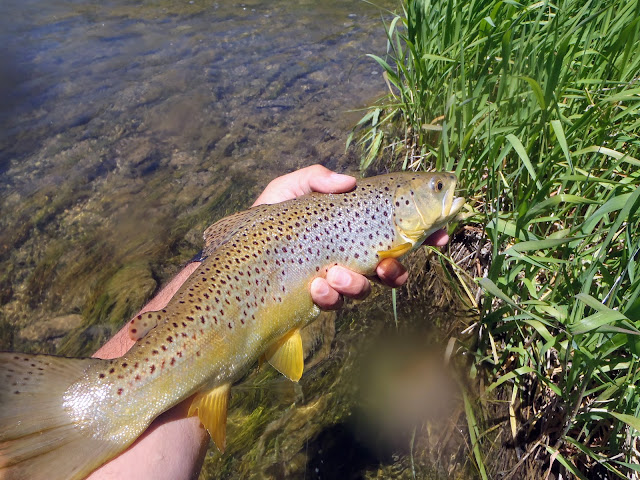 We worked our way upstream taking turns throwing to all the likely spots and getting a couple of rises out of each. I know we could've caught more fish if we would've been able to effectively fish a dropper, but it was really fun watching all these fish rise to our flies. We caught mostly cutthroat with the odd brown mixed in which kept the day interesting. Late in the afternoon, we decided to call it a day and started our long walk back. We were surprised to see a badger cross our path, but he got out of there too quickly to get any pictures so I guess you'll just have to take my word for it.