I've been wanting to go fishing with my cousin Garry for a long time, so I reached out to him and planned a day that we could go and float a river. Met up with him at midnight to make the drive out to the green river below flaming gorge, drinking coffee and swapping stories including how this is Garry's new drift boat his previous one had been sunk by his friend. It sounds like the friend was probably lucky to not have drowned in the process. To his credit, he replaced the boat. 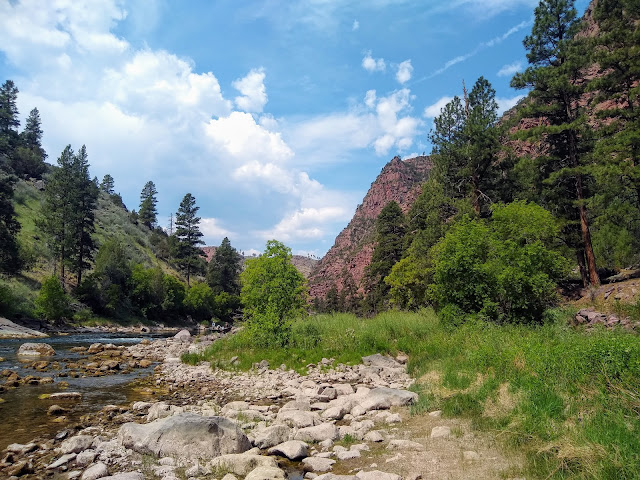 Arrived early and got the boat launched before light. While I was waiting for Garry to come back down from the parking area I caught two rainbows on a woolly bugger. Once there was enough light to see we set off on our float down the A section. Using an amazing secret method that Garry showed me, we found some willing fish and missed/long line released several more. 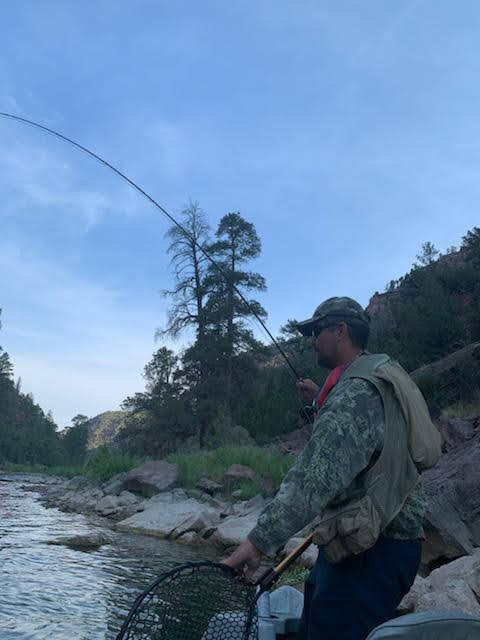 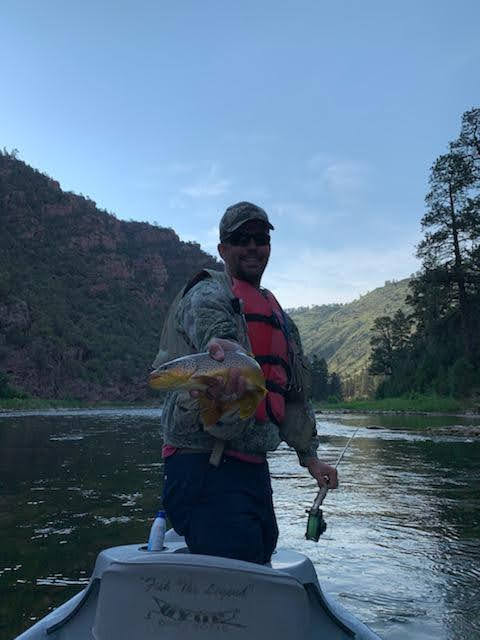 Fishing slowed down considerably once we got into the sunlight and other boats started catching up to us. I know that these fish see a lot of boats and are probably used to it, but I swear that seeing a boat spooked the fish...and there were A LOT of boats. Some were fishing boats, but the majority were pleasure boaters. Lots of people seem to be getting out and enjoying the outdoors which is great, but do they have to do it the same day & time as me? 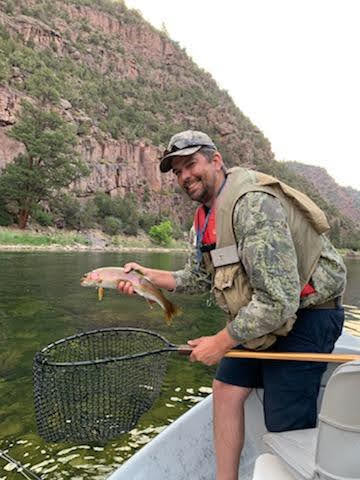 We found a pod of rising fish and anchored up in order to cast to them repeatedly. Everytime a boat would go by the fish would stop rising for a couple of minutes. We also had two guides come and park next to us while they re-rigged their clients, which seemed to take an extra long time. It's weird that a guide would want to park right next to another boat, and it seemed pretty rude. Garry managed to hook up on one of the picky risers and landed his best fish of the trip. 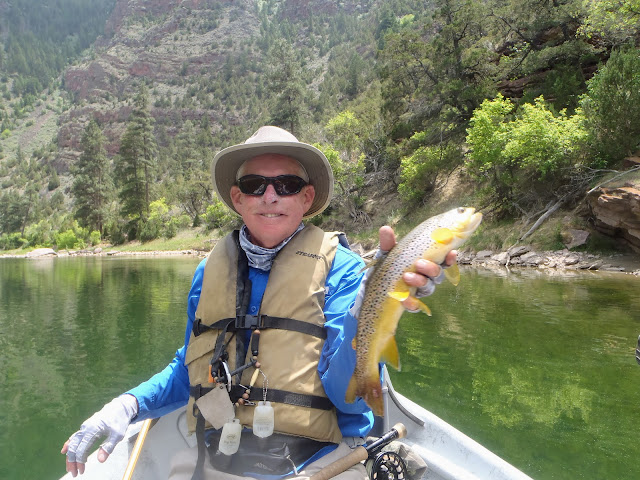 This might seem weird to some people, but I was really excited to row. I've been in a drift boat once before, but I've never had the opportunity to try rowing. Garry was kind enough to let me learn on his boat, but he still took over on the rapids or if there were a lot of rocks. It wasn't nearly as physical as I though it would be (maybe because I did the easy part?) but it was a lot of fun to try and help make each drift as long as possible. I'm not sure if I did a good job or not, but I tried and Garry didn't give me too much crap for my rowing. 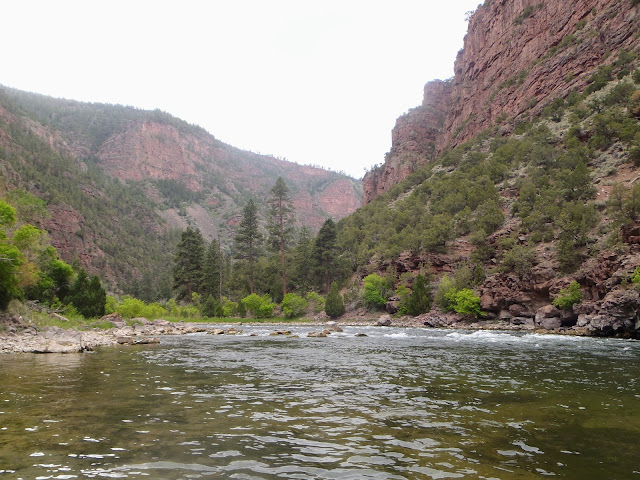 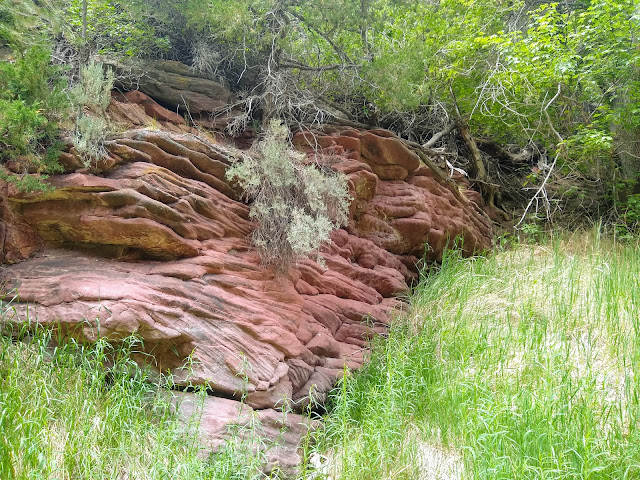 When we were getting close to the take out, I managed to catch my biggest rainbow on a Chernobyl Ant and after the long dry run, I was shocked that I didn't screw up the hook set. 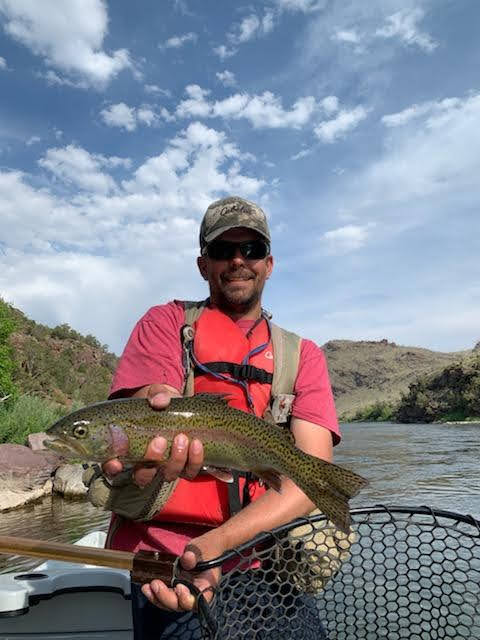 It's always a little sad to realize that a day of fishing is coming to an end, but I felt like we'd made the best of a tough day of fishing. Garry suggested that we come back and fish the green again once I get some more time off, an offer that I'll have to take him up on! 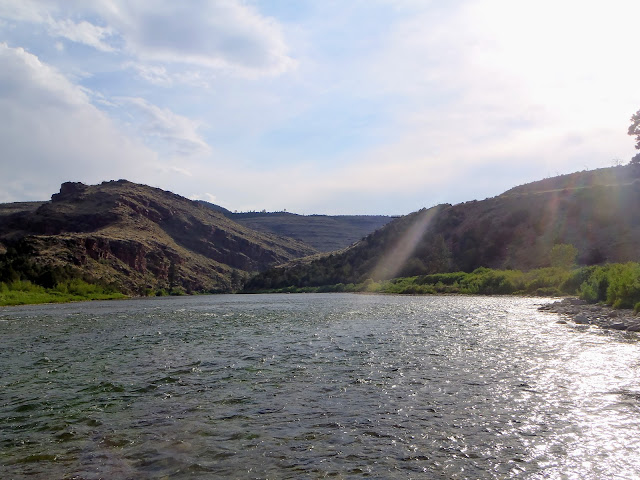