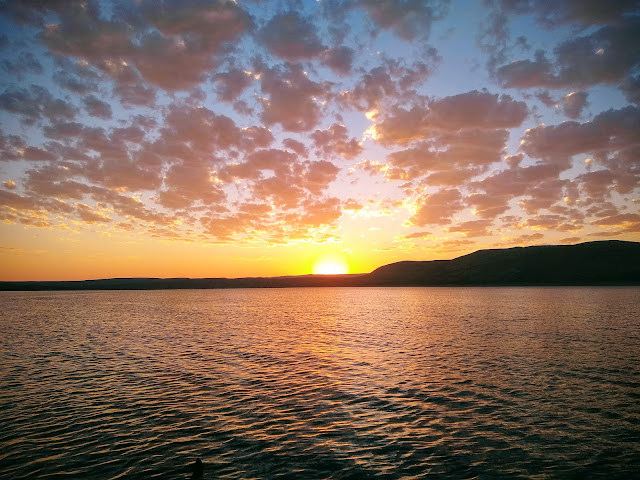 I've been told by several people now that "boat" stands for "Break Out Another Thousand" (or "Bring Out Another Thousand") and I never would've thought it could be true until I owned a boat of my own. Now it isn't really funny... I've been trying to get the boat set up to do some trolling. I've upgraded the bow mount electric trolling motor and in preparation for this trip I added two downriggers that I bought from my brother Jeff. He was kind enough to deliver them and help me get them installed. 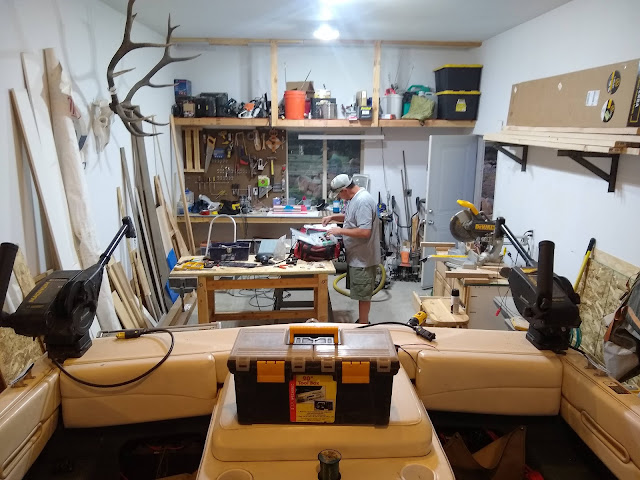 Since May I've been hearing about how great the fishing has been at Flaming Gorge for Kokanee salmon. Weston and my Dad purchased a really nice boat this past winter (I guess it was the thing to do...) and have been getting out on the water as much as possible. They finally talked me into making the long drive to try my hand at some salmon fishing, and I finally had the boat set up enough that I could. The drive took a while, but Caden and I passed the time by listening to the MeatEater podcast, specifically "The Meat Tree" episodes which are phenomenal.

Met up with Dad and his wife Deb in Evanston and followed him to camp. Camp was a great spot, close to the water where we could launch the boat/play in the water, but it was really hot when we arrived. We opened up the trailer and tried to get things aired out, and worked on getting the boat ready to launch. In the meantime, Weston and his family arrived. We launched the boat and took it out only to find out that the electric motor that I had re-mounted didn't clear the bow. Back to shore to try and fix it. Struggled to get the boat on the trailer. Got the truck stuck. Lost my temper and acted like a jackass (not a proud moment). After I settled down a little bit and got the boat fixed up, Weston and I took it out for the last 30 minutes of light and managed to catch a great kokanee to start the trip. 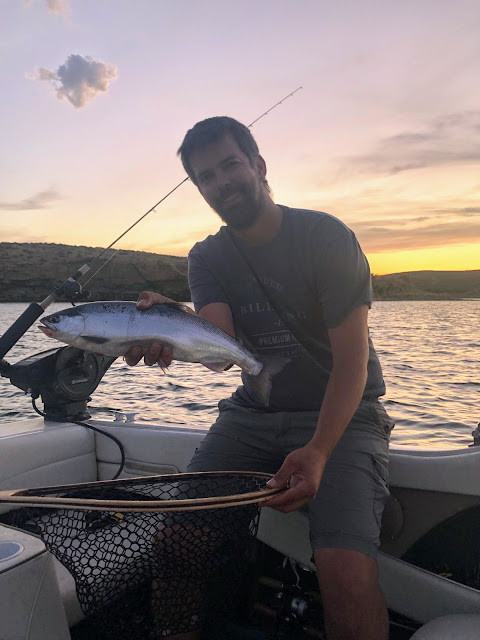 The next morning we hit the water early! At 5 AM, we all went out in Weston's boat since his family didn't feel like waking up that early. We got set up and it didn't take long for Cado to hook into his first-ever Kokanee! And then his second! 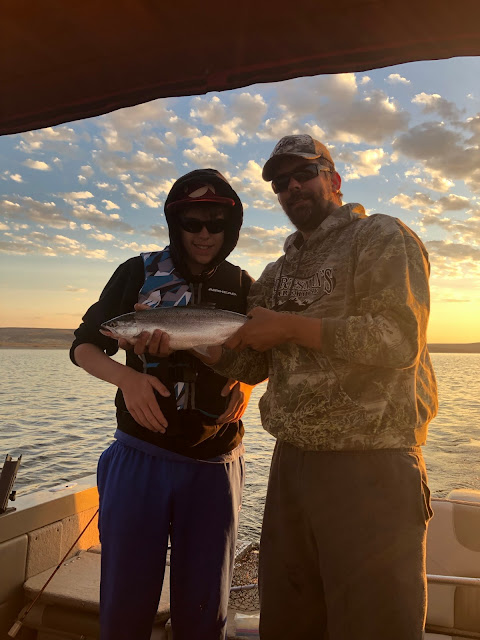 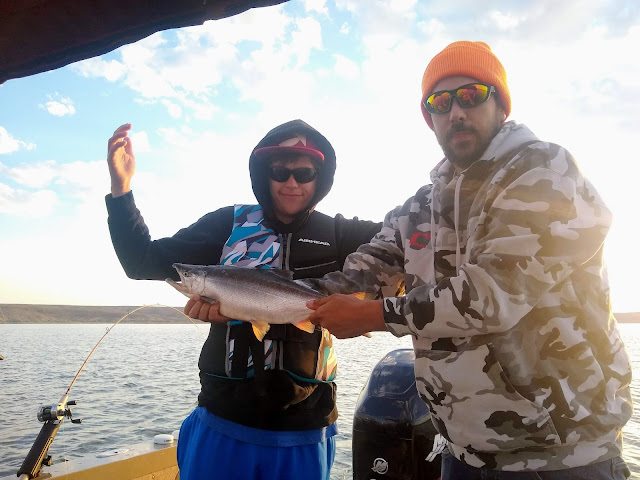 When Weston's family was up and ready to go we headed back to pick them up and Dad, Caden, and I got into my boat for the second effort. Caden hooked into another kokanee pretty quickly and we thought we were in business! Unfortunately, the fishing turned off pretty quickly after that. 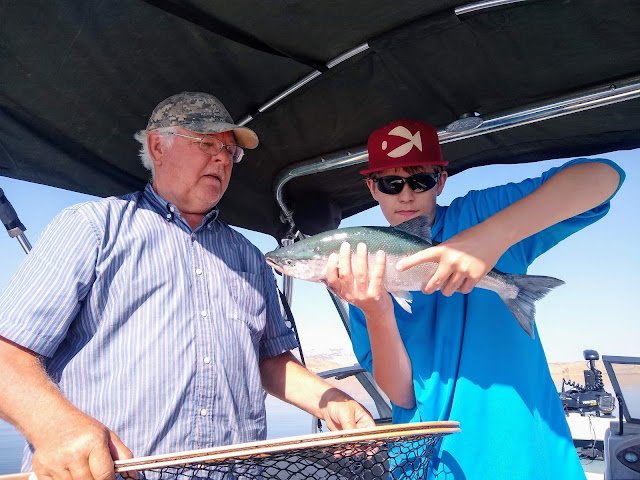 The next morning we split up to start because my Bro-In-Law Zach had arrived at camp. Caden and I were alone in my boat and Caden kept up his streak as the koke kid, quickly landing his personal best (so far) salmon. 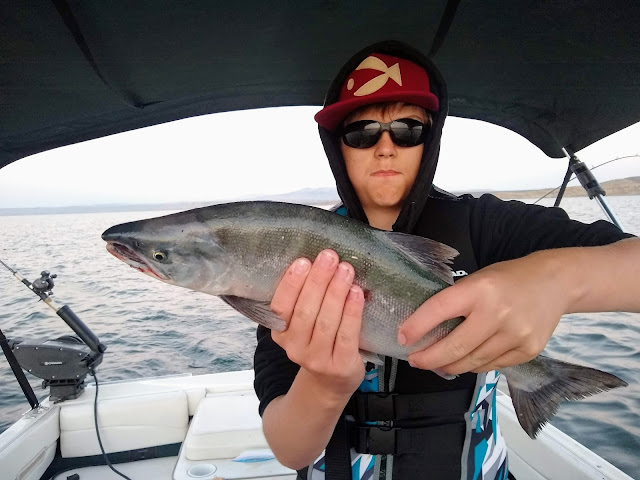 I followed that up with my personal best Kokanee. 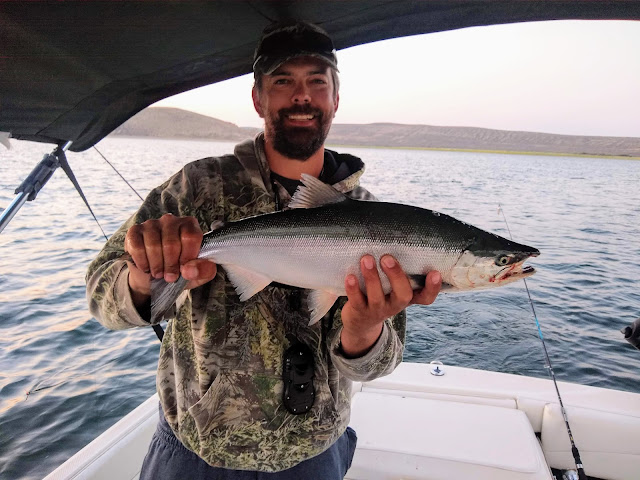 After that, our batteries on the trolling motor died and we had to head in. It's definitely an issue that I'm going to have to figure out for the future. In the meantime, Weston came and picked us up and we all headed out in one boat. Then we found out that the morning in the other boat hadn't been that great, but Zach did manage to catch the littlest fish of the trip, a little cutthroat. 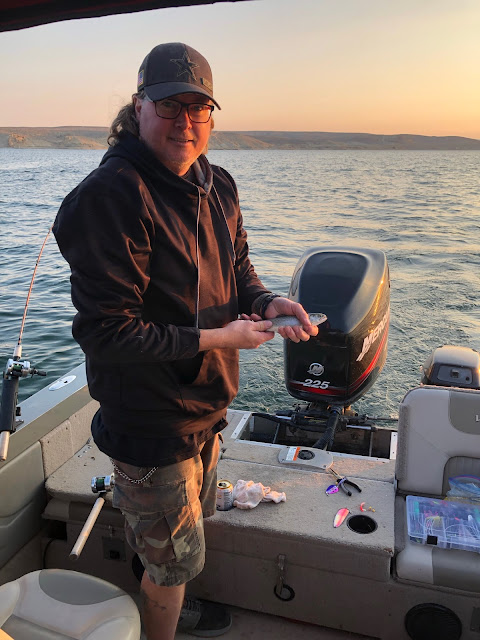 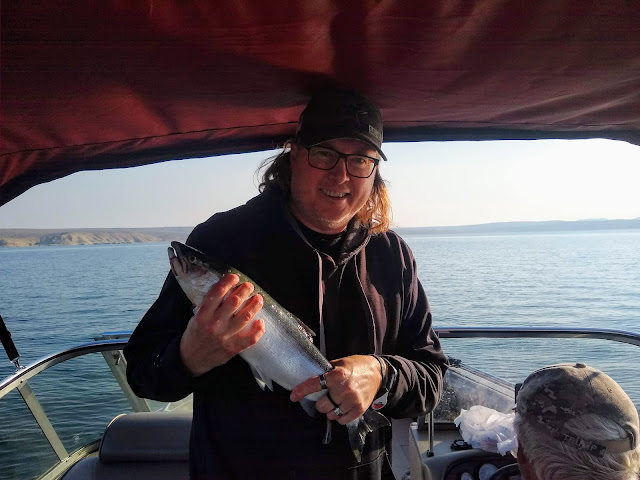 The fishing turned off pretty quickly after that, so we headed back to camp for lunch and then we took my boat out to play in the water! The kids all got a chance to do some tubing, and even some of the adults took a ride. Lots of fun. 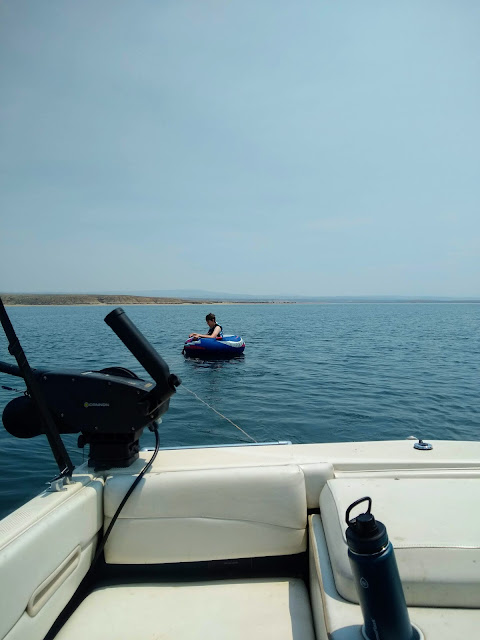 The evenings were really tough fishing, but we still tried to make it happen. At very least it gave me a chance to get better at this trolling game, trying different set-ups and practicing putting rigs out. 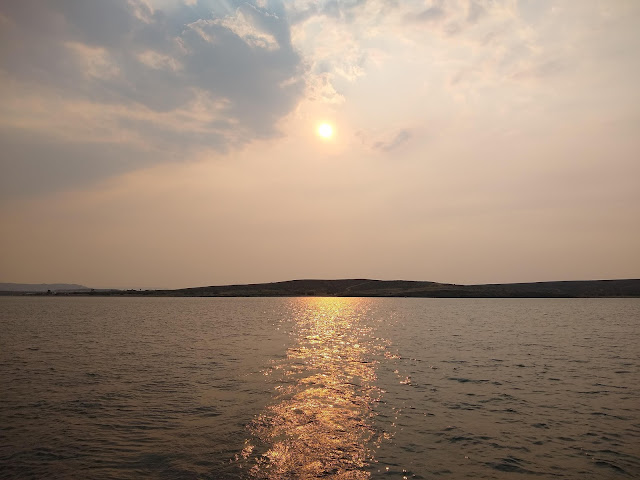 Barbequed salmon for dinner was amazing! According to Weston the fishing was pretty slow, but it was good enough to make us stay for an extra night just to give it one more try. Unfortunately, the fishing was incredibly slow for our last morning and our batteries died after only two hours of fishing. We did manage to catch some trout while trolling and Cado caught a nice rainbow on a jig. 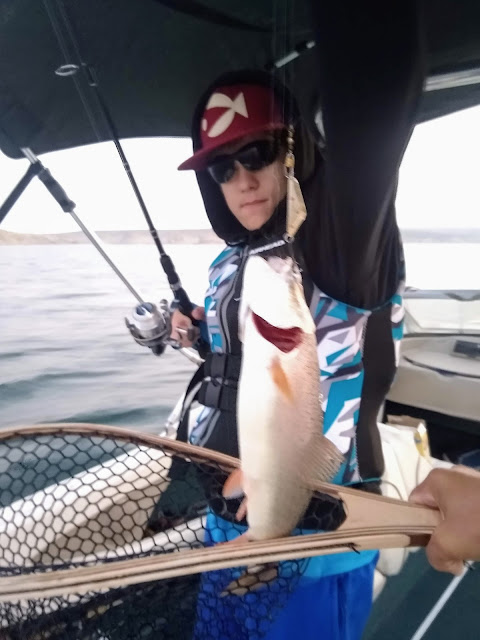 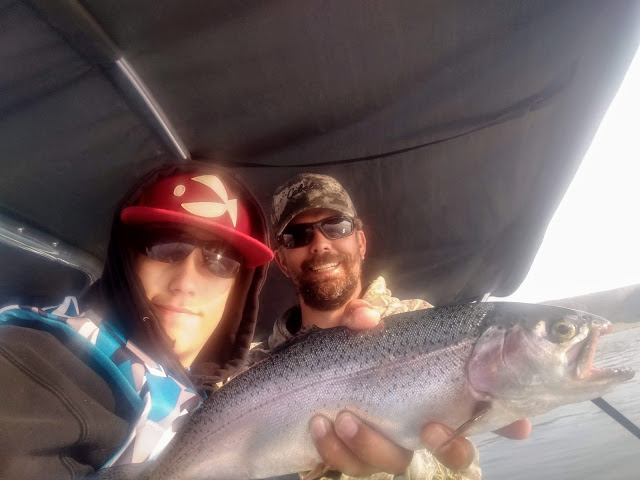 It was a good way to end a great trip out with my boy! It took us awhile to get all loaded up, but we made the drive home in a lot better time. With one big trip under our belt, I realize how much I have to learn about this new-to-me style of fishing. When we were kids we did a lot of trolling, but things have changed from the way we used to do things and I'm excited to dig in and learn new things. Also, I'm hoping that this style of fishing will make it a little easier to talk my family into going with me. We'll see how that goes! 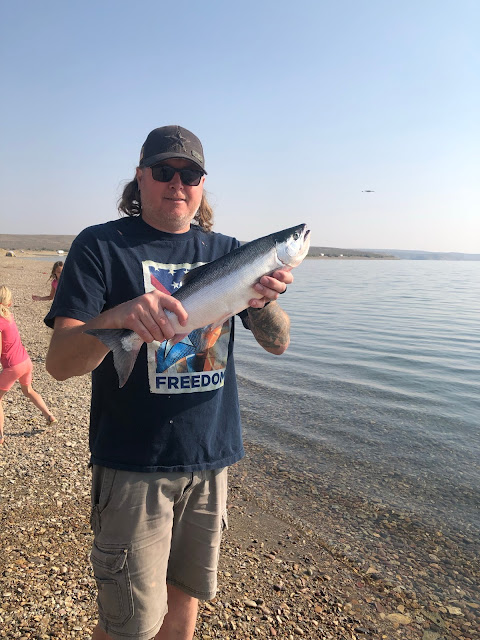 (The morning after we left, Zach caught another great Kokanee)