Alarm went off and I'm laying there thinking, "Do I really want to go today?" In my defense it's been raining a bit here in Central Utah, not anywhere near Colorado but enough to dirty our streams. I really wasn't ready to go, didn't have any food or anything ready.  Didn't have anyone else lined up to go with. Just when I thought to heck with it, the little voice in my head called me a wussy and I was up and getting ready to go.

Even with the decision to go out of the way I still wasn't all that motivated, which made for some cool pictures en route. 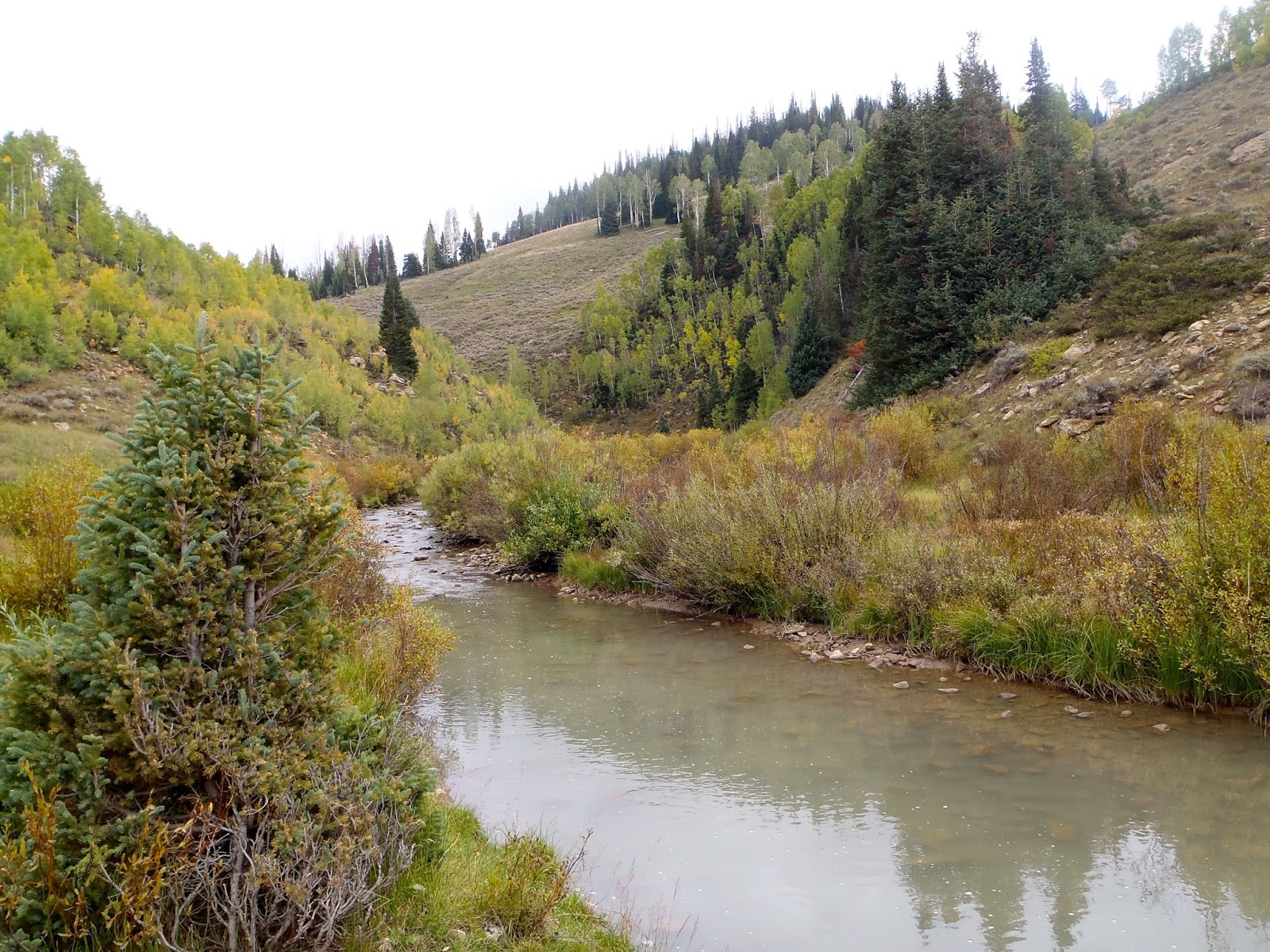 After a short hike I was fishing, and was quickly into a couple of Cutthroat Trout on a BH-Pheasant Tail. Finally I was finding the motivation I needed and decided to make the long hike to the prime area.


To say things "picked up" from this point on would be a huge understatement.  It was a mixed bag of Brown Trout and Cutthroat Trout.  Caught on both dries and droppers.  For the Dry Fly I was getting good action on a Chubby Chernobyl (black with a single white wing, maybe I'm the only one who ties them this way?) after I switched to it from a Hares-Ear Parachute that was drawing a blank.  The droppers that worked best were a red Copper John and a red San Juan Worm, though I did get some on a couple of other patterns on and off throughout the day.

Seemed like every thirty yards or so I'd come up on another hole that would produce fish after chubby fish.  In between I was picking up some in the pocket water.  The action stayed hot even through a downpour until suddenly I wasn't picking up hardly any fish.  Knowing that time was short I began making the hike out.  A different perspective made it very clear that the water clarity had taken a turn for the worst, luckily my day was done anyway.

So glad I decided to make the extra effort.  This was easily the best day I've ever had on this stream, with more fish and bigger fish.  Hopefully you can get out and enjoy the water.