More Than I Bargained For

We've been trying to make this trip since lockdown started back in March, and even after our state started opening up I was still nervous about making a long trip together. After a little hesitation, Jeff decided to join us and he drove up to my house. The next stop was Dad's house where we consolidated our gear to one vehicle and cut our travel time down by driving a lot of miles that evening and stayed in a hotel (that was still 1.5 hours away from our destination).

The morning started cold with the fish being a little hesitant to come and play. I picked up a couple of little ones on a San Juan Worm and Dad hooked into a couple on a Wooly Bugger, one of which was his fish of the day. 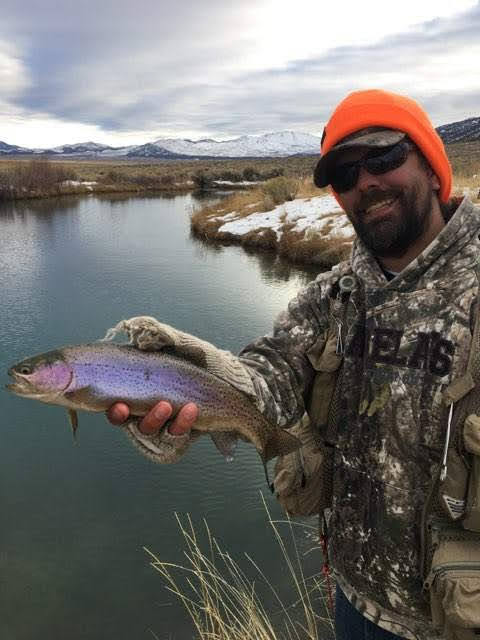 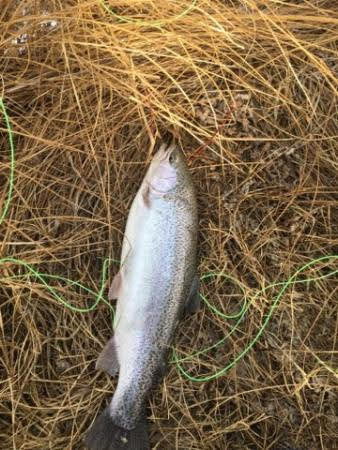 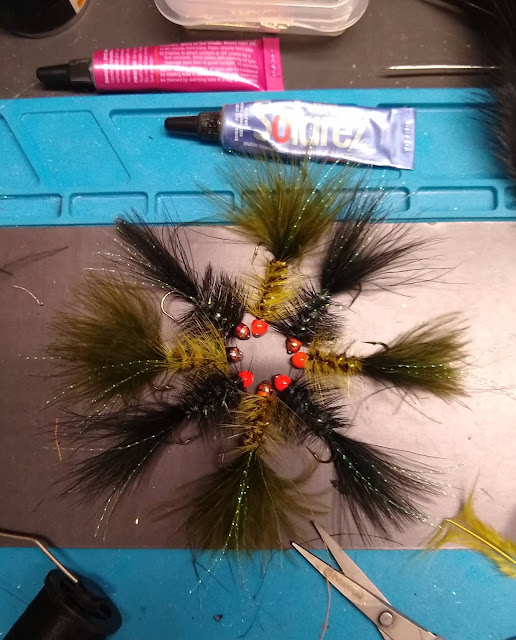 We decided to try another spot where we caught a ton of little fish that would hit almost any small-ish fly. As fun as this could've been if we would've had some younger fisherpeople with us, we got pretty bored of this so we headed to another spot.

That spot gave us the cold-shoulder so we headed to a small pond that I'd never been to, but I spotted a couple of bank cruisers before even getting down to the water. Unfortunately, they spooked before I could even start to figure out an approach. As I worked around the southern end of the pond, Jeff and Dad headed straight for the deepest water on the west side. Jeff had several hits on a Prince Nymph under an indicator, but couldn't quite connect. Dad stuck with his Wooly Bugger but didn't have any action. I switched over to a Prince Nymph with a Purple Frenchie dropper and started picking up fish on the Frenchie. 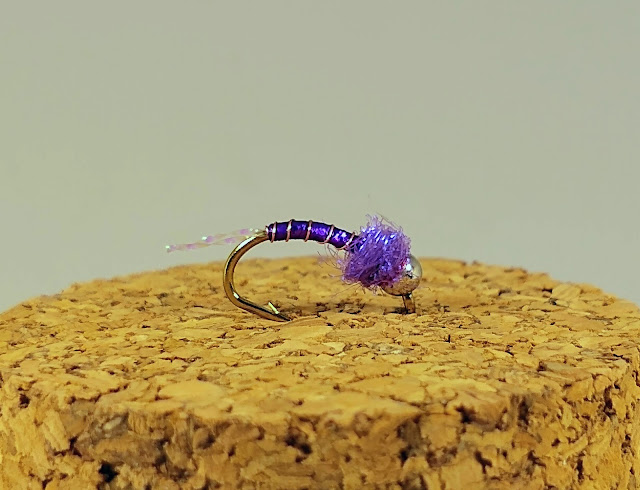 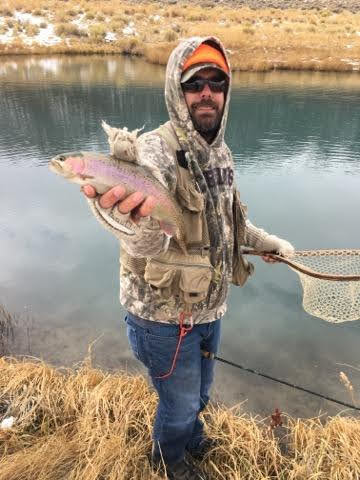 The action died off and right when we were about to leave, Dad caught two fish on the bugger. The second was a tail-walking, beautiful Tiger Trout. 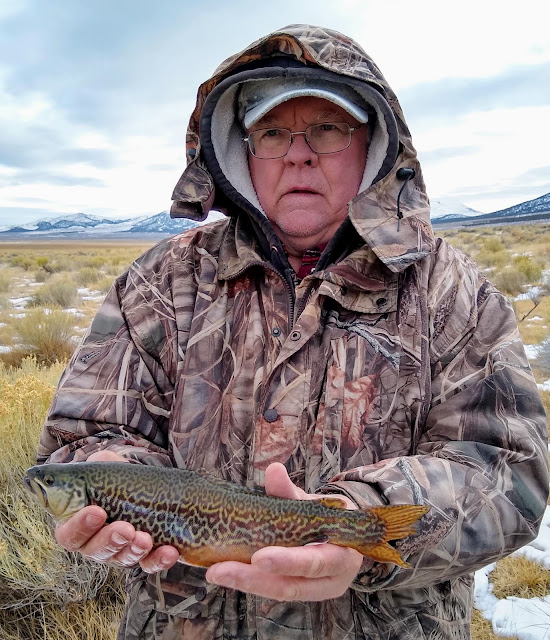 We moved to another pond where Jeff quickly found and hooked up a fat little rainbow that made him declare, "This is Teddy's Pond!" (For years we've called him Ted, for reasons that are mostly forgotten at this point). He followed that up with another chunky bow before we headed back to the spot where we'd started the day for the last 45 min of light. The fishing in this last spot picked up right where it had left off, with not much happening. Finally, right before we were going to call it and start the long drive home, I hooked into my fish of the day on a Wooly Bugger. 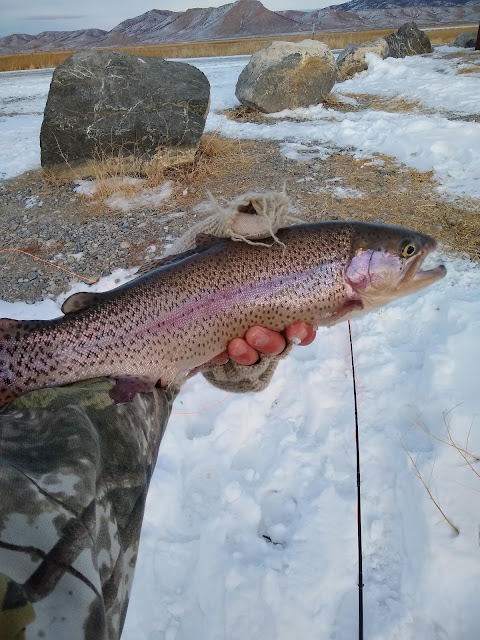 This nice rainbow was my last of the year and a great ending to a rough year. Some great things happened for our little family, but the year was full of challenges for so many that I can hardly look back without thinking of the bad. As we were driving home, I started feeling chills that got worse through the night and into the next morning. I had caught the corona (covid-19) to end the year. Weirdly enough, neither Jeff nor Dad got it but for the next two weeks, I was on quarantine with a fever and really bad headaches. Looking forward to the new year I really want to go fishing and hunting more, spend more time with my family, and tell you all about it here on the blog.