Summer is slipping away fast. Three months ago I had plans for camping trips, multi-state fishing excursions, completing the Cutthroat Slam, scouting for the upcoming hunts, making videos and totally recharging my batteries before having to head back to work full-time (plus). Unfortunately, life has it's way of reminding you that you're not in charge.

Instead, I've spent most of the summer working, watching wildfires and shooting my bow in the backyard. Speaking of the backyard, I've got a couple of trailcams back there that have caught some pretty cool animals passing through. Not exactly getting out, but I've really enjoyed going through the pics and look forward to pulling cards every week or so. 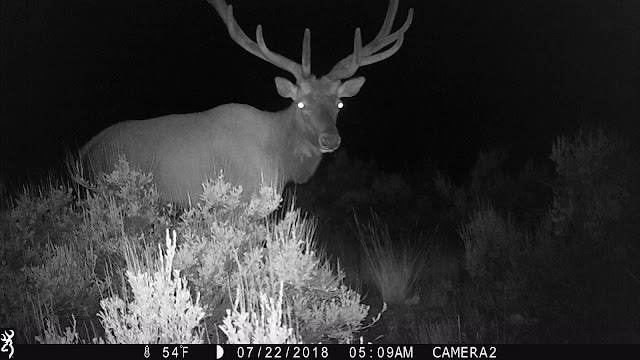 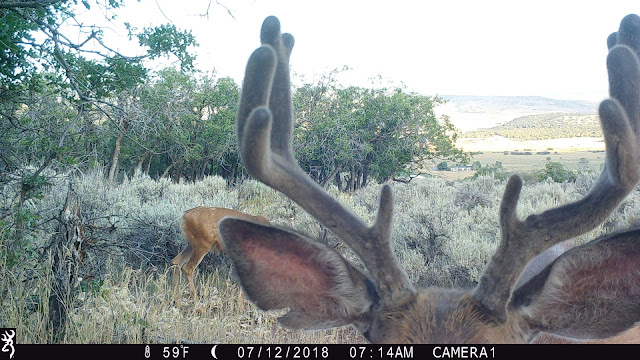 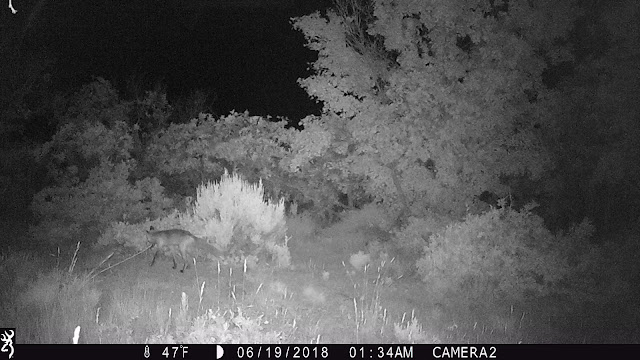 With time running short, and so much to do before I head back to work, I decided to take a half day to visit a stream I haven't been to in a couple of years. I'm not sure why this stream isn't higher on my list of places to go since it's only a 1/2 hour drive to the trailhead, has a nice mix of browns and cutts, is in one of the prettiest areas of the state and usually isn't too crowded, but I usually only fish her once a year or so. 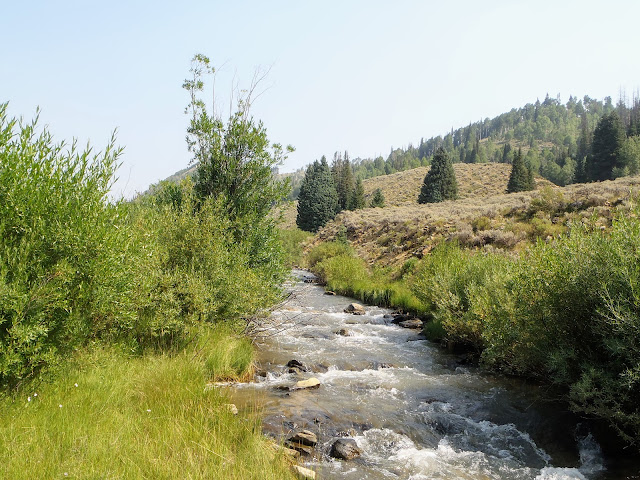 Jeff and my Dad were planning on stopping by in the afternoon so I started fishing as soon as possible rather than make the longer hike like I usually do. A Chubby Ant was already tied to my line so I added a Tri-Colored Nymph as a dropper to see if anyone was home. It didn't take long for the fish to show interest in both flies, including a nice sized fish that I hooked for a moment on the ant before my line came flying back towards me devoid of fish.

Moving up I found another likely holding spot and another opportunity. Fish were active and equally interested in both of my flies. Healthy brown and cutthroat trout could be found in almost every pocket big enough to hold fish, especially if that pocket was up near the bank. As per usual with fish stories the biggest fish didn't quite make it to the net, but even the ones that did seemed better than I remember coming from this stream regularly. 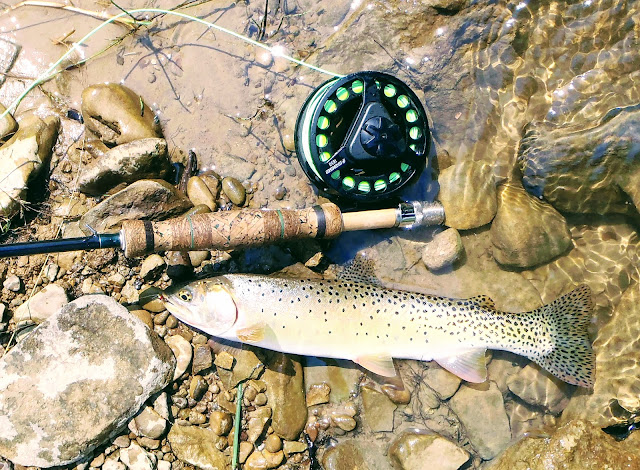 It's nice when you can get a fish in the net, or better yet, into the hand but that's not why I was there. It's hard to translate into words but the fishing is only part of why I have to pull myself out of bed in the pre-dawn light, spend money, time and effort to get myself to these places. Conveying the way I need to escape to these public lands and wild places without falling into cliche is seemingly beyond my capabilities. Life and responsibility seem to collect on me like leaves, mud and debris collect on a midstream rock. The collection of these stresses seem to invite even more to stick and make it harder to keep my footing against the current. When I can spend time in wild places I come back feeling more able (willing?) to renew my efforts.

Unfortunately, Utah's Senator Mike Lee came out this past month with the announcement (via Twitter) "Our long-term goal must be the transfer of federal lands to the states." This is a terrible idea, one that the Republicans have been pushing for awhile despite their constituent's push back. The idea that federal lands, where anyone can go and enjoy amazing landscapes (and where I happened to be fishing) should be transferred to states that will sell to the highest bidder is frankly an attack on our American heritage (don't believe me? look at what is being done with State Trust Lands). These lands are held in trust for us to use and enjoy, but we are also holding them in trust for the next. Needless to say I've written a letter to Senator Lee informing him of my opinion on the matter and will continue to do so until he (or whomever we replace him with) drops this terrible idea. Backcountry Hunters & Anglers are also doing a great job at fighting the good fight and if you haven't already, you should consider joining their organization. Expect more about these issues in the coming posts and let me know if you have any questions or comments. I would love to have a discussion about public lands and wild places.

PS - I have video of the fishing and will try to get that out ASAP. Still trying to figure out a way to self-film some of my adventures.
Posted by Tim Kidder at 7:50 AM